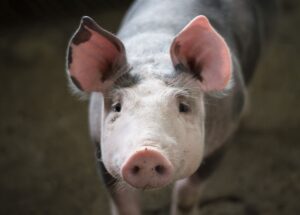 Already from 2021 or 2022, Americans will be able to receive internal organs of a pig for transplantation, first the kidneys, and later the heart. The company assures that these organs are perfect for humans due to genetic modifications that exclude rejection.

According to David Ayares, chief scientist at Revivicor, a subsidiary of United Therapeutics, they plan to start transplanting GMO organs in humans in 2021 or 2022 and that they already have a pig with such organs.

The biggest problem with animal organ transplantation to humans is that it can trigger severe immune responses. In other words, the human body rejects foreign tissue.

Revivicor has found a solution to the problem by making genetic changes in pigs to stop this reaction.

Now in Revivicor, they considered that the organs of such pigs are completely ready for transplantation to humans. It is assumed that first they will start with a kidney transplant, and then the heart.