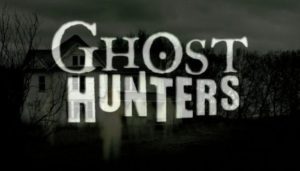 One of the most successful paranormal TV shows reaching US screens, Ghost Hunters launched back in 2004 and followed plumbers Jason Hawes and Grant Wilson-two paranormal investigators who, alongside a team of fellow enthusiasts, spent their spare time searching for evidence of ghosts.

Wilson left the show in 2012, and Hawes announced that the show relationship with the SyFy channel would end in 2016.

The show was brought back from the dead last year, however-this time with Wilson resuming hosting duties. The first relaunched season ran on A&E from 21st August to 30th October 2019 and it has now been announced that a second season will begin on 8th April 2020.

Interestingly, the upcoming “Ghost Hunters” season claims that the evidence of the afterlife found by the team is “indisputable”.

“Ghost Hunters returns with indisputable evidence of life after death,” the press release reads. “In Season Two, the team heads into uncharted territory to be the first to investigate reports of paranormal phenomena in some of the nation’s most remote locations. ”

“…Despite mysterious and unnerving warnings from locals, the Ghost Hunters face their fears and stay on mission: to help people confront terrifying paranormal encounters that have shaken them to their core. In doing so, they capture their most compelling, persuasive evidence in over a decade.”