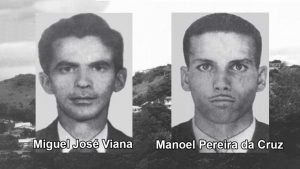 The Lead Mask Case is clouded in mystery and controversy. The strange case revolves around the death of two individuals, both TV repairmen, whose bodies were discovered in Niteroi.

Manoel Pereira and Miguel Jose Viana were found dead on Vintem Hill by a boy who was flying his kite around the area in August 1966. The two were lying side by side and they were smartly dressed. The boy immediately alerted the police about his discovery. When the investigators arrived at the scene of the crime, they found a few oddities at the location.

For starters, it seemed rather unusual that there was no evidence of struggle or violence at the scene. The bodies had no visible injuries to suggest that they had fought with their assailant before their deaths.

In addition to this, the location in which the bodies were found did not appear to have been disturbed in any way. To the investigators, it seemed that the two men just lay there and died.

Another aspect of the case that seemed a little off was the fact that both men were wearing waterproof raincoats over their suits. The suits they were wearing were identical. A packet containing two towels was next to the crime scene as well as an empty water bottle. 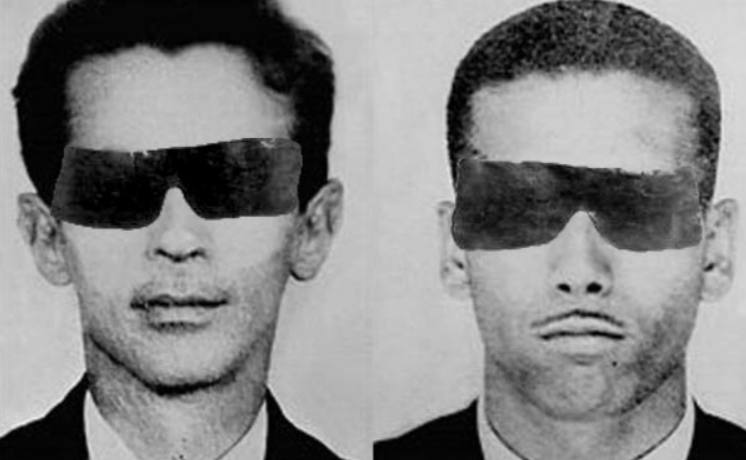 The most peculiar aspect about the case was that the two men were wearing lead face masks on their faces. The lead masks have no eye holes and are mostly used to protect individuals against radiation. A notebook was also found at the scene. In the notebook, there was what seemed to be a cryptic schedule.

“16:30Hs be at the determined place. 18:30 swallow capsule after effect protect metals wait for mask signal.”

Investigators immediately looking for more details about the two and how they might have wound up dead under such bizarre circumstances. According to family members of the two deceased electricians, Manoel and Miguel had informed them three days earlier that they would be travelling to Niteroi to buy equipment and a car for business.

The two headed up to Niteroi from Campos using a bus. When they arrived at their destination, they bought the raincoats and the set of towels. They also stopped at a bar to buy a water bottle.

A witness at the bar informed the investigators that Viana was acting really strange and that he kept looking at his watch. This suggested that the two had somewhere very important to be and it seemed like time was running out.

Surprisingly, toxicology scans were never run on the bodies. This is supposedly because, the coroner’s office was too full. By the time the bodies were attended to they were badly decomposed that sufficient tests could not be run on them.

Several questions have arisen from the case that has remained unsolved throughout the years. The police have not yet been able to identify whether this was a double murder or a cult suicide. Because there is no actual evidence of either of the two, many theories have been brought forward to explain the deaths and the mysterious circumstances around them.

Some people believe that the two men were lured to the location by an unknown individual who later on killed them. These people argue that the unknown party dictated the note and that is why the note has several grammatical errors.

The assailant did this in a bid to take advantage of their gullibility and rob them. The theory is not widely accepted but no money was found on the bodies making the theory a possibility.

Trying to explain the case has led to suggestions that the two men were actually time travelers. Proponents of this theory suggest that the two could accomplish this possibly through a worm hole of some kind.

In this case, the waterproof raincoats and the lead masks were to be used as protective gear. However, the theory does not explain the purpose of the capsule.

The most popular theory that attempts to explain the lead mask case is that the two individuals were actually UFO fanatics. They were looking forward to making contact with extraterrestrials. The theory has holes, yes, but surprisingly enough, it does have some evidence backing it up.

Family members and friends confirmed that the two individuals were very interested in unidentified flying objects to the point that they even set up a small laboratory to study them.

In addition to this, the location where the bodies were found is a major hot spot for UFOs. Many residents around the area have allegedly observed strange aerial lights in the area.

One resident claimed that she saw an unidentified flying object hovering over the exact spot where the two had been found dead. Furthermore, the time that the witness claimed to have seen the mysterious object corresponds exactly to the time that the police believe that the two men had died.

Some suggest that the two technicians had traveled the 160 kilometer bus ride to Niteroi to commit suicide and join the mother ship after making contact with the aliens. However, strong evidence suggests that this was not the case. The victims still had the receipt for the bottle of water they had bought.

This indicated that they intended to get their deposit back after returning the bottle. In addition, TV appliances and other supplies were found in their possession. This strongly collaborates with the story they told their families about buying supplies. It is unlikely that the two thought this would be their last journey.

Despite the numerous theories, investigators have not been able to build a solid case about the murders and they probably never will.