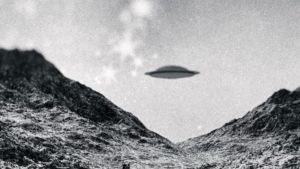 Project Blue Book investigated 12,618 UFO sightings; 701 of those sightings remained unidentified. Many UFOlogists feel that the investigations of the sightings were unscientific because the program used poor research methods.

They point out that researchers were quick to label a mysterious sighting as misidentified phenomena because they believe that members of Project Blue Book were pressured to identify UFO sightings to ease public hysteria about them.

This theory has been supported by the release of CIA documents with information about the project which also suggests that any report that was perceived as unexplainable or would cause public concern wasn’t included as such.

The Air Force, the branch of the military that’s responsible for the security of the country’s air space, had to take action during the Cold War. Were these alien aircraft from the Soviet Union or somewhere else?

The Air Force’s initial response to this phenomenon was named Project Sign. This operation and the investigations that would follow would be an effort by the Air Force to deal with the UFO situation.

Project Sign lasted for a little over a year and was headquartered at the Ohio Wright-Patterson Air Force Base.

According to U.S Air Force Captain Edward J. Ruppelt, later a director of Project Blue Book, Sign was an attempt to resolve the UFO problem. Sign’s official results were inconclusive with the final report stating that the existence of flying saucers couldn’t be confirmed or denied.

Ruppelt stated that the group was split between those who thought that flying saucers were extra-terrestrials and those that believed they were not.

In 1948, the project created a document, The Estimate of the Situation which was sent up the Air Force command chain. Ruppelt wrote most of the Sign personnel had been impressed by the Chiles-Whitted UFO Encounter. 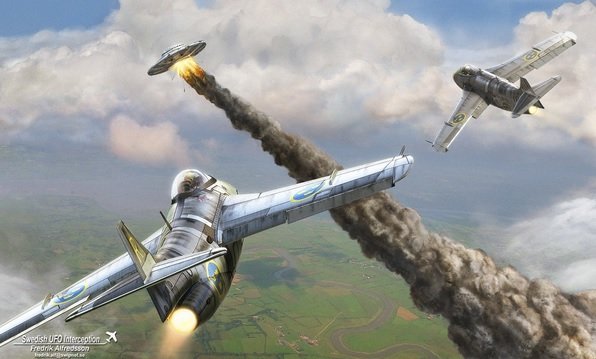 On July 24, 1948, two pilots flying a Douglas DC-3 reported that they had nearly collided with a strange torpedo shaped flying object. The people working on the project concluded that, based on the level of the technology that was involved with the object, it was extra-terrestrial.

Ruppelt wrote that Air Force brass rejected the Estimate encounter for lack of physical evidence and had all copies of it destroyed.

An Air Force spokesman denied the Estimate existed and all attempts to use the Freedom of Information Act to find its records failed. Several other sources, including Dr. Allen Hynek, who was a scientific consultant to Sign and Blue Book, have confirmed Estimate’s existence.

Sign was replaced by Project Grudge, named for the Air Force’s antagonistic attitude toward handling UFO reports in which there was a debunking directive that all UFO reports were to be judged to have natural explanations.

Little investigation was conducted and many of explanations strained credibility.

In September 1951, there was a UFO sighting near Fort Monmouth in New Jersey. Pilots and radar operators observed a number of fast moving, maneuverable disc-shaped aircraft.

Numerous UFO reports in 1952 caused the CIA to convene a panel of scientists under the direction of physicist Howard Percy Robertson to study UFOs.

The panel recommended that the government start a public relations campaign designed to debunk UFOs and recommended monitoring civilian UFO groups. During the meeting, it became apparent that the Grudge investigators believed that the discs in the Monmouth incident were controlled by intelligent beings.

They were frustrated by Grudge’s mandate to debunk all reports. Cabell was furious and Grudge was dissolved, replaced by Project Blue Book directed by Ruppelt, who finally left.

Blue Book still debunked UFO reports. Between 1958 and 1963, when Major Robert J. Friend ran the project, there was an effort to reverse this trend and become more scientific about UFO investigations. Blue Book was officially shut down in 1969; however many believe investigations are ongoing.