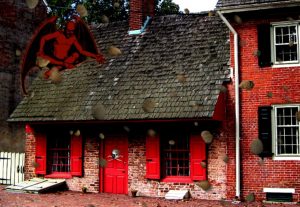 In 1682, stones battered George and Alice Walton’s home and crashed through windows in the living quarters above their tavern.

Hails of stones followed them into their fields. Richard Chamberlain, Secretary of the British Colony of New Hampshire, who was staying with the couple documented the events and coined the word, Lithobolia,a Greek-sounding one that translates as Stone-Throwing Devil.

He published a book about the seventeenth century poltergeist.

George was the stones’ target. There were up to one hundred of them in sessions and George was hit as many as forty times. Some were very hot, while some were icy cold.

Their size ranged from small pebbles to rocks as large as a human head. When people put them on a table, they disappeared and reappeared. The Waltons tried to repel the Stone-Throwing Devil by boiling crooked pins in a pot of urine. Twice, a stone hit the pot, spilling the liquid.

A gate from the Waltons’ house to neighbor Amazeen’s was tossed off if its hinges. A spit from the fireplace disappeared, then fell down the chimney and impaled itself into a log. A wheel of cheese was broken into pieces.

The drainage stopper in George’s boat vanished. Household items were tossed into the yard. Witnesses heard rocks rolling in the upstairs room, snorting, heavy breathing and sounds of distant hoofbeats. 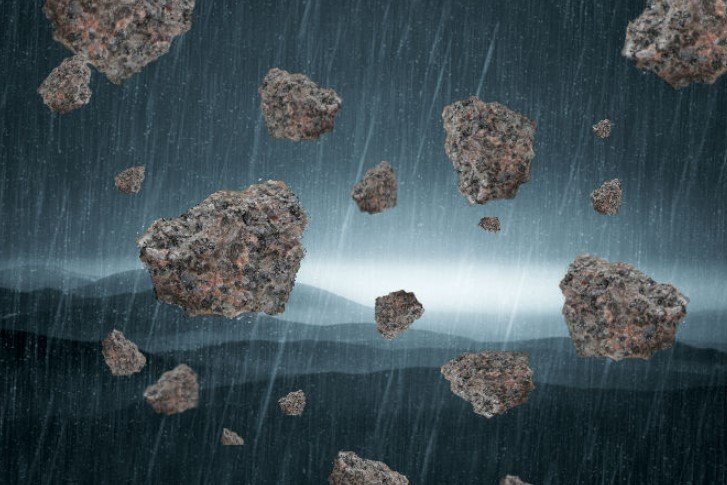 Stone-Throwing Devil and Accusations of Witchcraft

The Waltons were considered wealthy property owners. Goody, a term used for women who didn’t have the status of being called missus, Hannah Jones was poor.

They both claimed ownership to a small field. Walton accused her of being a witch when she told him he should never enjoy that piece of land. She countered by accusing him of sorcery.

Some believed this event summoned the Stone-Throwing Devil.

The islanders, two days before the stone throwing started, petitioned to separate from Portsmouth. It was denied. The heirs of John Mason, who was granted all of the land in New Hampshire, wanted their land returned or to collect taxes from all residents.

Chamberlain, the Waltons’ guest, was also the lawyer for the Masons. The Waltons were Masonian sympathizers and Quakers. Members of the sect were persecuted as those suspected of practicing witchcraft were.

Waltons’ household included servants an African man and an AmerIndian woman, in an era of great racial prejudice.

The poltergeist activity ended after Chamberlain returned to England. Two and a half years later, George Walton, who was seventy at the time, signed his property over to Alice and provided legacies to his children and grandchildren.

When he died in the following year, George still suffered from the wounds caused by the stones. 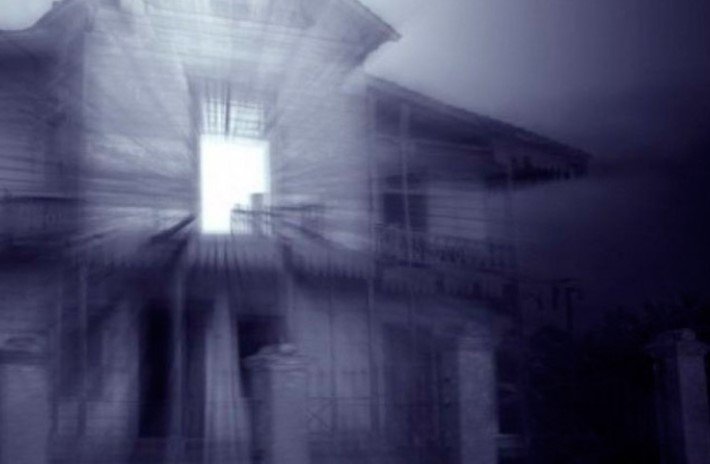 What was the Stone-Throwing Devil?

There were those who believed the stone tossing was caused by the devil. Increase and Cotton Mather, two powerful colonial New Englanders, wrote about the events that many believed were caused by witchcraft.

Cotton played a prominent role in the future Salem Massachusetts witch hysteria involving persecutions, accusations, trials and executions. No record can be found that indicates executions of anyone connected with the Stone-Throwing Devil.

Some islanders believed mischievous humans they dubbed the Boys at Work were the culprits. The Waltons had a houseful of grandchildren. The boys heard the snorting sounds; the girls, awakened by sounds of rolling rocks.

Both ran outside during the hails of stones. The problem with this theory is that stones pelted George in the children’s absence.

There is a phenomenon called the rock-throwing poltergeist that has been investigated and documented in modern times. Their activity is limited to stone tossing.

This is a manifestation of PK, psychokinesis, the ability of the mind to affect matter. The agent can be a human or an entity. There is a profile for human agents.

They experience unpleasant emotions such as frustration, anger and feelings of worthlessness, and test above average for PK. Emotions are repressed and released by subconscious PK. The activity may stop spontaneously or by psychotherapy.

By today’s standards, this case would be considered as trickery or a poltergeist, not the work of the devil.