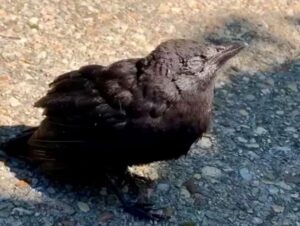 Recently, an unusual number of dead or dying blind birds have been found in the vicinity of Washington. Wildlife experts don’t know what’s behind this, reports The Washington Post.

The League for the Protection of Animals in Arlington, Virginia, near Washington, released an announcement of a spike in calls to them for injured and sick young birds, most notably rooks and blue jays.

“Eye problems were reported in young birds that were otherwise healthy, resulting in blindness and the birds landing and staying on the ground,” the League for the Protection of Animals said. Currently, Animal Control notes that several other bird species have been affected. 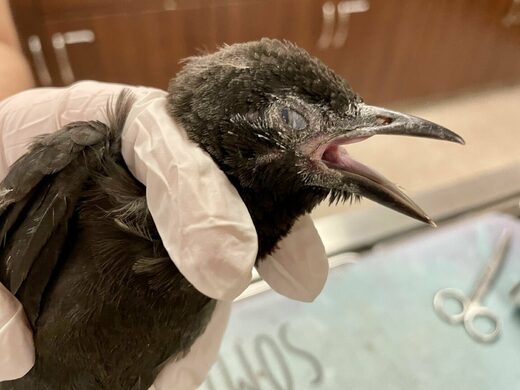 “Other agencies and localities throughout the region and state are reporting similar problems.”

The Virginia Department of Wildlife Resources said most reports of the problem came from Arlington, but they also received notifications from Maryland and the city of Winchester in the Shenandoah Valley.

Megan Kirchgessner of the department said: “The volume of reports and clinical signs do not indicate what we regularly observe in the area, so perhaps we are dealing with a new mystery.”

A post on the site Nextdoor said: “Has anyone had a sudden increase of dead birds in their yard? We found one dying in our backyard a week ago, one dead in our front yard this week and our neighbours have also reported dead birds over the last week or so.”

Hundreds of comments were written on the post by people in the DC area.

“Just found a poor bird in front yard… Still alive, but not doing well. Head is extremely swollen and eyes are bulging. Possibly a young Mockingbird,” one comment said.

“A blue jay died in our yard a few weeks ago. It was acting strangely, like it couldn’t move its feet. It’s mate was trying to help — it was sad. My husband tried to pick it up with gloves, and it just suddenly died. We thought it had been poisoned because it had no wounds & seemed dazed and stiff,” another added.

Megan Kirchgessner at The Virginia Department of Wildlife Resources said: “The volume of reports and clinical signs are not suggestive of something that we have seen routinely in this area, so we may be dealing with an emerging or novel issue.”

Exobots And Robonauts: The Next Step In The Search For Aliens

NASA reports an asteroid that could collide with Earth