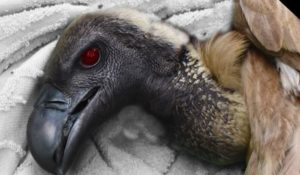 The last weeks are marked by mysterious events around the world that are associated with very strange cases of death of birds.

Feathered fall dead to the ground around the world: incidents recorded in the USA, Spain, Britain and other countries.

Most likely, something is happening in the atmosphere. Perhaps 1,000 blackbirds and starlings in Missouri, 650 vultures in Guinea-Bissau and 50 birds in India were poisoned by some kind of compound.

It is important to note that people found birds near tracks with bodily injuries. According to US officials, the problem is extreme weather.

They appeal to the fact that reports of the death of birds began to come just during a thunderstorm on Sunday.

A forester in India noted that death in the regions of his country could have been due to the fact that the birds ate food treated with pesticides. Also, do not exclude infectious disease.

Conspiracy theorists claim that these deaths are a sign that someone is testing a very powerful weapon on earth. Others talk about the possible effect of 5G technology.

Specialists gathered some birds to examine them. This will take several days. In the meantime, people continue to find dead birds.