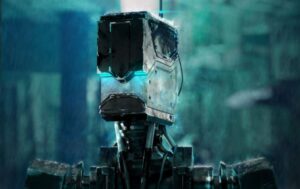 Calls to limit or even prohibit the use of artificial intelligence-based algorithms are louder and louder.

This position was supported by the UN High Commissioner for Human Rights Michelle Bachelet, who said that governments around the world should strengthen control over the development and use of such technologies.

Bachelet has also advocated banning some AI applications that are contrary to international human rights law, such as products related to the social assessment of people based on discriminatory criteria.

She noted that there are currently no guarantees of responsible use of AI technologies by anyone, so governments should limit their ability to operate.

If this does not happen, algorithms that potentially infringe on human rights will continue to be used without any supervision, causing even more harm to citizens.

“We cannot afford to play catch-up with artificial intelligence, allowing its use with or without restrictions and having almost inevitable consequences for human rights after the fact,” says Bachelet.

She stressed that different algorithms are already present in every aspect of the lives of many people, from receiving government services to content that can be viewed by Internet users.

The UN Commissioner gave these comments after the publication of a report that was prepared by her office based on the results of studying the impact of AI algorithms on human rights, including privacy, the right to education, freedom of movement, etc.