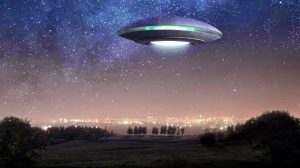 What is the relationship between ufology and science? “You get an ology, you’re a scientist”. So said the character “Beattie” in the famous 1980s British Telecom TV advertisement. That said, the scientific community clearly doesn’t recognise ufology as a legitimate part of science, standing in its own right alongside subjects such as biology or psychology.

Some ufologists are scientists and some scientists are favourably disposed towards ufology, but generally speaking the scientific community regards ufology as a hobby, if indeed it pays the subject any attention at all. Does any of this matter and what, if anything, can be done to change this state of affairs?

At official level, science and ufology have cohabited, though they have been uneasy bedfellows. We should not forget that in America, long before his involvement with the Center for UFO Studies, the astrophysicist Dr J. Allen Hynek was appointed as scientific consultant to the USAF’s UFO projects, Sign, Grudge and Blue Book. The MOD’s UFO project owes its very existence to a scientist.

Papers declassified by the Ministry of Defence in 2001 and released under the Freedom of Information Act show that the Flying Saucer Working Party – the UK’s first official study into the UFO phenomenon – was set up as a direct consequence of the MOD’s Chief Scientific Adviser, Sir Henry Tizard. In response to a wave of UFO sightings in the UK and indeed all around the world, Tizard’s view was that “reports of flying saucers ought not to be dismissed without some investigation”.

Earlier still, in the Second World War and immediately thereafter, another famous scientist – the MOD’s Director of Scientific Intelligence, Professor R V Jones – had probed mysterious reports of so-called “Foo Fighters” and “Ghost Rockets”. The forms which Project Blue Book and the MOD’s equivalent used to record UFO sightings were designed with input from scientists, so as to facilitate the recording of the information required for meaningful investigations to be undertaken.

The position of scientists within government has always been odd. The civil service, the military and the intelligence agencies all know they need scientists, but somehow they are a breed apart, misunderstood and sometimes feared. Sometimes they can wield enormous power, as in the case of Frederick Lindemann. Lindemann (later Lord Cherwell) was Churchill’s key scientific adviser.

Nicknamed “The Prof”, Churchill invariably deferred to him on most scientific matters and it is interesting to note that it was Lindemann’s agreement with the Air Ministry’s sceptical assessment about UFOs that almost certainly persuaded Churchill to take no further action or interest in the subject, following his famous July 1952 enquiry about UFOs. But people like Lindemann are the exception.

From Peter Wright to Dr David Kelly, government scientists sit within the Establishment, but are somehow not quite a part of it. The relevance of this is that official UFO projects such as Blue Book, the MOD’s UFO project and others have never really made as much use of scientists as might have been the case. Even Hynek was somehow set apart from the rest of the United States Air Force team, as opposed to being an integral part of the project.

The British Government’s UFO project had no full-time scientific adviser. Arrangements have varied over the years, but during my tour of duty and at most other times, staff undertaking UFO investigations have been able to call on scientific expertise on an ad hoc basis. This has generally involved specialists in the Defence Intelligence Staff, in particular those working in scientific and technical intelligence.

Clearly this is an area about which I can still say little, despite the MOD having released some documents detailing the liaison. Of course, I would have like to have had a full-time scientific consultant, embedded in the project. An astronomer or an astrophysicist perhaps, or maybe an aeronautical engineer. A psychologist would also have been useful.

But I can think of few managers who wouldn’t want more resources and, as ever, there are numerous competing requirements. So the scientific advice I received was delivered on an “as required” basis. Whether I wanted a radar tape interpreted or a photograph analysed, there was always somebody who I could call on for assistance.

I should make mention of Project Condign, not least because it has its roots in discussions that I had with scientific and technical intelligence staff in 1993, years before the study was actually undertaken. Famously, we convinced people to endorse such a study by dropping the loaded term UFO and replacing it with UAP (Unidentified Aerial Phenomena).

But I’d left the UFO project by the time Project Condign was undertaken and whereas I worked hand-in-glove with the Defence Intelligence Staff, my successors, for a number of reasons, did not enjoy such a close working relationship, and remained at best not involved and at worst entirely unsighted on the work. The final report was a disappointment. Though the single author worked tremendously hard, he had been hampered by the secrecy of the study. Consequently, none of the consultation and peer review that one would expect in a proper scientific study was undertaken.

This was, essentially, one man reading some of the MOD’s old files and scouring the literature for papers on atmospheric phenomena. The irony was that by straying into such areas the author ended up trying to explain one mystery for which there is no scientific consensus (UFOs) with others (exotic atmospheric plasmas, earthlights and the effect on the brain of electromagnetic fields). That’s bad science.

Outside official government projects, the position has always been more difficult. Scientists have often been fierce critics of ufology. From Donald Menzel to Sir Patrick Moore, many scientists have been ufology’s harshest critics. The irony here is that good ufology should be indistinguishable from any other scientific programme.

Good examples of such “scientific ufology” include the Hessdalen Project in Norway, or BUFORA’s Anamnesis Project. Sadly, much ufology is not scientific, either because investigators (sceptics and believers alike) are conclusion-led, or because they lack the appropriate expertise and resources, or both. This is a shame. I have met both scientists and ufologists, and discussed ufology at science festivals and the Science Museum. With their passion for knowledge, the two “sides” have more in common than they might first realise.
Two Studies and Two Results

Let’s not get drawn into absolutes. Science is a broad church and even on a very narrow subject one finds different theories, with different conclusions often being drawn from the same data – not unlike ufology! Often, there is no “scientific consensus”. A good example of this is the debate surrounding the nature of the hypnotic state and the validity of regression hypnosis in recovering memories. What can better illustrate this lack of consensus than comparing the Condon Report with The Sturrock Report?

The Condon Report was the result of a study undertaken by scientists at the University of Colorado and its sceptical conclusions led to the USAF’s Project Blue Book being formally terminated. The Sturrock Report was compiled by astrophysicist Peter A. Sturrock and others and was based on the work of a panel of scientists who reviewed data in some of the most intriguing UFO cases. Billed as the first major scientific inquiry into UFOs since the Condon Report, Sturrock and his colleagues effectively overturned the Condon Report conclusions.

None of this is to say that we should blame scientists for not taking an interest in ufology. As I said earlier, some scientists have become involved in ufology and were great friends to the subject. Dr J. Allen Hynek is one example, changing his views and becoming involved in civilian ufology after Project Blue Book was closed down. Dr John E. Mack is another more recent example. Mack was Professor of Psychiatry at the prestigious Harvard Medical School and was challenged by Budd Hopkins to look at the alien abduction phenomenon. He took up the challenge and became a great champion of the subject.

Although often criticised by ufologists and labelled as debunkers, scientists such as Susan Blackmore, Chris French, Susan Clancy and Richard McNally have at least got involved. Ufology cannot have it both ways and yet many ufologists deride scientists for not paying the subject attention, then criticise those that do, because they disagree with their conclusions.

Despite their obvious scepticism that any of the abductees have been taken on board an extraterrestrial spacecraft, ufologists might find some common ground with the likes of Clancy and McNally if they looked hard enough. As a result of experiments, both Clancy and McNally have said there is no evidence of any psychopathology in the abductees – they’re not mad. Furthermore, because the abductees exhibit physical symptoms (e.g. increased perspiration and heart rate) when recalling their experiences, when a control group asked to retell a fictitious but traumatic account display none, Clancy and McNally think it unlikely the abductees are lying. Ufologists and the abductees themselves should welcome this and make more of it.

Nothing typifies the current state of affairs better than the relationship between ufology and SETI. Here are two groups of people who should regard themselves in an overlapping field. SETI practitioners use radio telescopes to listen for transmissions from other civilisations, while many ufologists believe extraterrestrials have already visited Earth.

Generally speaking, each regards the other’s activities as silly and pointless. SETI practitioners close their minds to the faster-than-light travel (or other exotic travel such as use of wormholes) that is required for viable interstellar travel. Ufologists question whether extraterrestrial civilisations would generate detectable radio signals at all (Writer and philosopher Terence McKenna once said “To search expectantly for a radio signal from an extraterrestrial source is probably as culture bound a presumption as to search the galaxy for a good Italian restaurant”).

Logically, SETI supporters and ufologists should be saying “Look, I don’t know much about your discipline, but it seems to me that we’re both interested in the same thing, though we’re coming at it from opposite ends of the spectrum and trying two very different approaches. I guess we’re covering all the bases”. But they don’t. They bicker and fight and disparage each other, making both sides look foolish and wasting valuable time that could better be spent on research and investigation.

Some of the biggest names in both fields are guilty here, though I’m pleased to say that when I met Frank Drake (generally regarded as “the father of SETI”) he seemed genuinely interested and open-minded about ufology. My own view is that SETI might beat ufology to the finishing line. Proof is difficult in ufology and short of the archetypal landing on the White House Lawn, it will be difficult to convince society as a whole that extraterrestrials exist. But a signal from space? It couldn’t be faked and it couldn’t be denied. Of course, picking up a signal doesn’t mean any extraterrestrials have ever actually visited the Earth, but it would prove the existence of other civilisations – a good start for any pro-ETH ufologist.

Investigations undertaken by government UFO projects have generally been carried out in a scientific manner, though even they have struggled to obtain the full-time scientific support that would have been more desirable. Ufologists and scientists are generally wary of each other, though some bridges have been built. More can and should be done. Good ufology (official or private) should be science-based, but it often isn’t. Ufology is a quest for knowledge and if done properly should involve the application of a rigorous investigative methodology. It seems to me that this definition isn’t that far from the definition of science itself.