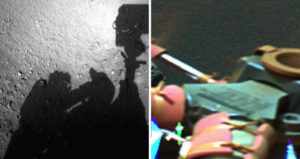 The famous ufologist and virtual archaeologist Scott Waring said that he managed to find evidence of the presence of people on the Red Planet.

The researcher recounted how in 2012 he discovered a photograph showing the shadow of an astronaut, presumably repairing a rover. Subsequently, this photo was removed from NASA servers.

However, the ufologist did not give up and after a long search again found a very unusual detail in the image of the rover.

On the Martian rover, Scott Waring found traces of the repairs carried out, and according to the researcher, it was made at a “strange” level. 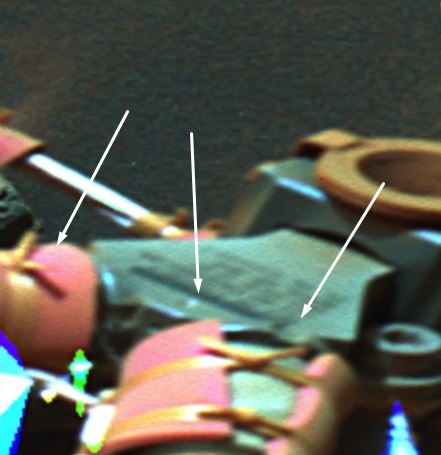 An unidentified repairman used a piece of some kind of mat to wrap it around the pipe, and then tightened it all up with plastic gold wire. The work was done so badly, the ufologist believes, that only a person with zero experience could try so hard. But who could do it on the Mars?

Based on the above, Waring put forward a hypothesis that people have been on Mars for a long time and perhaps there is a whole colony under the leadership of the United States.

The virtual archaeologist invited Internet users to find their own explanation for the discovered Martian mystery.