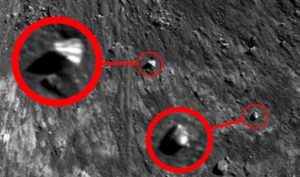 The famous ufologist and virtual archaeologist Scott Waring told the readers of his blog about another unusual find. He believes that he was able to detect two unidentified flying objects moving above the lunar surface.

These objects, located at the bottom of the crater, could be clear evidence of the presence of alien civilizations on the moon, Waring said. Apparently, the researcher argues, they have settled on the surface of the earth’s satellite since ancient times.

The ufologist said one object has a square base with a round, radar-like dome. Another UFO, more visible in the lunar landscape, is pyramidal in shape and looks like a spaceship hovering above the surface. 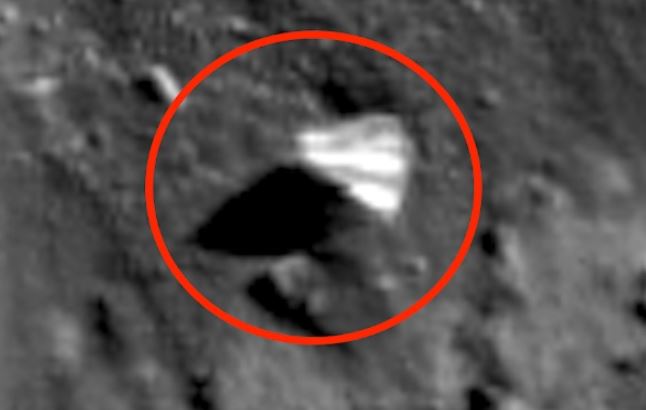 According to Waring, a hovering object emits a shadow that peeks out from under it. Especially if you compare it with the shadow of a nearby mysterious “building”.

The virtual archaeologist is sure that his find is one hundred percent proof of the presence of aliens on the moon.