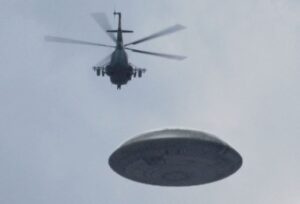 It turns out that some lawmakers are angry that the military is not taking UFO sightings more seriously.

According to a new report in Politico, Senator Kirsten Gillibrand of New York State has publicly expressed her frustration with the way the U.S. government is handling UFO reports and said lawmakers need to learn more about the context behind what the government is trying to rename “unidentified aerial phenomena” (formerly UFO).

“Senator Gillibrand thinks the Department of Defense needs to take this matter much more seriously and act,” one of the aides told the news agency.

“They have had enough time to implement these important provisions, and they must show us that they are ready to deal with this issue in the long term.”

Gillibrand is not alone. Politico reports that Florida Senator Marco Rubio feels the same way and wants more data on the UAP.

For a long time, observations of unidentified objects in the sky were the lot of crazy people. But in 2017, they gained some credibility when the New York Times published a sensational report detailing Pentagon funding for an investigation into some of the hard-to-explain videos taken by fighter pilots.

This eventually led to the long-awaited “UFO report” by the US military, which, unfortunately or fortunately, depending on your point of view, turned out to be very boring.