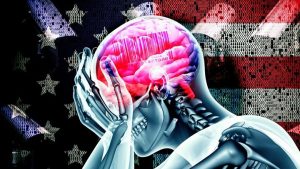 The United States military will be trained to use brain waves to communicate on the battlefield. This will allow the military to communicate with each other without words, reports interestingengineering.com.

To do this, American scientists used sophisticated innovative tools and mathematical models. This development is planned to be implemented in various fields of activity.

A corresponding project is being developed at the US Army Research Laboratory. It has already invested $ 6,250,000. Scientists from leading research institutions of the country are working on the implementation of the technology.

Among other things, it is proposed to use it to detect brain signals about stress before a person himself knows about his condition. Using this communication system, the military will be able to mentally transmit commands to colleagues.

Of course, none of this guarantees that we’ll see tangible results any time soon. The reality is that we probably won’t see soldiers communicating via brain signals alone in the near future.

And yet, the new initiative highlights the ways new technologies, such as brain-computer interfaces, could truly revolutionize the way we communicate.

Following the latest study, ARO neuroscientists say they’ve learned to decode and separate the neural signals that direct behavior from the rest of the brain’s signal output. While that doesn’t allow anyone to read minds, it’s an important step towards understanding how to decipher complex brain activity.

However, Krim cautioned that “you can read anything you want; doesn’t mean that you understand it.”

The next step, Krim explained, is to decipher other types of brain signals so that a computer would eventually be able to be “in a full duplex communication mode with the brain.”

Experts pointed out that the technology will be applied not earlier than after a few decades.

Scientists have developed a portable device to search for extraterrestrial life

Pope Francis urged to pray for robots and artificial intelligence