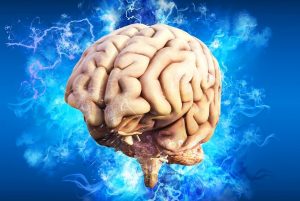 Reddit user @leekfluffy described the miraculous transformations that happened to her husband after the removal of a brain tumor. The woman wrote that her husband was a tyrant from the beginning of the relationship, but completely changed after the operation.

The couple have been married for four years, three years ago they had a daughter. The author of the post said that throughout this time, their relationship was abusive. The man beat her and manipulated her in every possible way.

A Reddit user clarified that she had always loved her husband, but four months ago she firmly decided to divorce, starting to think over an escape plan.

A month ago, the man had a brain tumor removed and after the operation he became completely different.

“Now he is more empathetic and compassionate. He no longer hits me or yells at me,” the woman describes the change.

In addition, recently her husband completely burst into tears and began to ask for forgiveness, seeing on her shoulder the scar from his blow.

The author of the post also notes that her sister does not believe in the miraculous transformation and continues to insist on their divorce, reminding that he could beat her if he did not like dinner, or locked her in the toilet after an argument. The woman intends to give marriage a second chance.