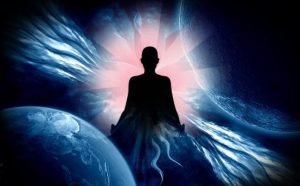 Intuition is the ability to receive information without using typical channels of communication as in extrasensory perception.

Intuition Theory and Its Origins

Intuition. Although the idea of intuition is ages old, the existence of intuition as a formal theory was first introduced in the work of psychologist Carl G. Jung, who studied with Sigmund Freud and later embarked on his own research practice.

– Is a natural part of all of us;
– Works within us to help us understand ourselves;
– Enables us to understand others; and
– Connects us to a larger metaphysical awareness that spans the whole of time and space called the collective unconscious.

Intuition is something most people admit having experienced. Many feel they have received information in ways that cannot be easily explained. Stories are often told of those who have acted on a hunch or have thought of a loved one just before that person called unexpectedly on the phone.

Naturally, skeptical researchers will discount all of these types of intuition as coincidence or imaginary.

Despite this, many continue to believe. Paranormal researchers who believe in intuition document cases, typically in single-subject research. But documentation is difficult for several reasons.

First, few people are willing to have their experiences documented for fear of ridicule. Others fear that admitting a belief in intuition may affect how friends and family perceive them.

Others worry they may be seen as less than competent at work. Second, documenting evidence of intuition that passes scientific scrutiny is difficult at best as it rarely happens under controlled testing conditions.

While intuition is not yet scientifically verified, those who have experienced it continue to believe that it is more than coincidence or an active imagination.

There are two ways intuition can manifest itself in daily life. There are several types of intuition that fall within each of these categories:

Verbal Intuition – Verbal intuition involves information in the form of language or language based visual messages.

Verbal intuition can be received through claircognizance, clairvoyance, and clair audience.

Claircognizance means clear knowing. It is a type of intuition that involves an often sudden acquisition of knowledge that cannot be attributed to a person’s own general knowledge or information received from any typical source.

People with claircognizant abilities describe the experience as knowledge that usually comes at times when it is needed to solve a problem, complete a work task, or to help someone.

Clairvoyance means clear seeing, which is ironic because of the three types of verbal intuition, clairvoyance can be the most confusing. Clairvoyant intuition involves visual images that may be abstract or concrete. Abstract clairvoyant images are often vague images whose meanings may not be easily understood.

Concrete images are often actual representations of people, places or things. Both abstract and concrete images may appear as bits and pieces of information, making them difficult to understand.

In some instances, clairvoyant messages portray complete visual stories or events, and they may appear in dreams or a waking state. Clairvoyants may see visions with their eyes open or closed.

Clairaudience means clear hearing. It is said that clairaudience is the least common type of verbal intuition, and it involves the sensation of hearing words and sentences through inexplicable auditory means.

Clairsentience involves emotions, feelings, and physical sensations that are vaguer than verbal intuition. People describe clair sentience as a sudden sensation that conveys a feeling related to past, present, or future event.

Clairsentients may enter an room where an argument has recently taken place and may feel uncomfortable. They may feel a sense of danger in traffic that prompts them to pull off just before an accident occurs. Claresentients are often able to sense the emotions of others and may even feel their emotional or physical pain.

Formal theories of intuition are often attributed to psychologist Carl Jung. Intuition remains unproven, though many report anecdotal experiences that cannot be observed and evaluated by scientific experimental design.

Despite the unproven nature of intuition, many continue to believe, and written works on the subject describe an array of types of intuition and ways it manifests in daily life.

Out of Body Experiences: What Can You Expect