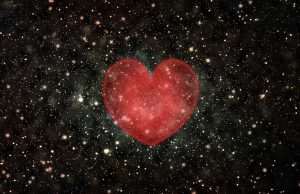 On March 16, 1995, Terry Cottle shot and killed himself in the bathroom of the home he shared with his wife Cheryl. There had been an argument—there had always been arguments—and Terry had threatened himself with a gun just months before.

Cheryl heard the shot from the other side of the door after watching her husband enter the bathroom with a .22. She heard him gasp “Help me, I’m dying,” and then he was gone. He’d fired a single round into his brain.

The only possible silver lining was that Terry, 33, had been in good physical condition—and an organ donor. Terry’s heart saved the life of 57-year-old Sonny Graham, who had contracted an incurable virus of the heart a year earlier.

In 1996, Sonny wrote a letter of appreciation to Terry’s widow, and though the donor procurement agency had advised against contact, they decided to meet. And when they did, Sonny fell instantly in love with the widow of the man whose heart now beat in his chest. “I felt like I had known her for years… I couldn’t keep my eyes off her,” Sonny told a local newspaper in 2006.

They were both married at the time, but within a few years both had divorced, and they moved in together in 2001. It was a rocky relationship, just like Cheryl and Terry’s had been, but they eventually married in 2004.

Four years later, with no indication that anything was seriously amiss, Sonny’s life ended the same way Terry’s did—suicide by gunshot. The heart that had beat on for 12 years of borrowed time stopped beating for good.

The Esoteric Truth About Long and Short Hair