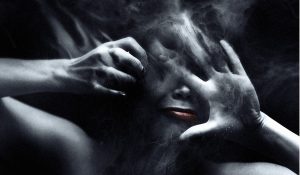 Genuine reports of when ghosts attack by pushing, slapping, scratching, strangling and even beating their victims.

In hollywood ghost experiences, the spirits are almost always malicious. For dramatic needs, the vengeful ghosts are purpose on causing harm to the living, either by attacking them physically or scaring them so badly that they want to jump out a window.

The truth is the fact that ghost and haunting phenomena are harmless… for the most part. Residual haunting – the kind that are seem to be recordings on the environment – simply play themselves out. True spirits, or intelligent haunting, are either those who manifest to relay a message or are trapped entities who may not know they are dead. Very rarely, however, do they attack people.

There are famous cases or physical attacks, most notably the Bell Witch haunting and the entity that tormented Esther Cox in Amherst, Nova Scotia. But these are usually classified as poltergeist phenomena, which probably arise from the subconscious of the person or people involved.

So can ghosts attack? Think about the following cases.

Mary Ann A. also felt the slap of a ghostly hand in 2005 at her aunt’s house in Batangas, Philippines. Her attack was preceded by a sighting of the alleged assailant. Mary Ann was relaxing on her aunt’s bench swing when she saw small girl in a red dress peeking out of her aunt’s front door, and when the toddler realized Mary Ann saw her, she ducked inside. Mary Ann assumed it was the child of a visitor, but when she checked, there was no one in the house except her aunt and her aunt’s sleeping child, who was not wearing red.

Mary Ann dismissed the incident as her imagination and returned to the swing for an afternoon nap. “Exhaustion plus cool wind send me into a deep sleep,” she says, “only to be awakened by a hard slap from a small hand. As I opened my eyes, I was expecting to see my aunt’s kid. I was shocked to find no one with me!”

Slapped by a ghost

How would you like to be roused from sleep like this? “One night, I was awakened by a violent slap on the left side of my face,” says Aliszabeth, “like [with] someone’s open hand.” Aliszabeth at first thought it was her “prankster” sister, but then saw by the clock that it was 1:27 a.m., and her sister was sound asleep in another room. And the attack wasn’t over.

“I felt pulling on my hair so much that it jerked my head around. Then, my down comforter started to be pulled down, or at least it felt like it.” Aliszabeth wanted to scream, but felt paralyzed. The ghost, apparently, wanted her attention. Aliszabeth then heard a woman’s voice say, “Listen to me… Listen to me…” and the pleas faded off into the darkness.

Pushed down the stairs

Getting slapped is one thing, and getting shoved down some stairs where you could possibly break your neck is quite another. Yet that’s what happened to Melanie S. in 1982 while at Gentleman Jim’s restaurant (now Ashley’s of Rockledge) in Rockledge, Florida. The restaurant had a reputation for being haunted by the ghost of a woman who had been murdered on the nearby railroad tracks in the 1920s. Melanie was there on a double date with friends and were hoping to catch a glimpse of something otherworldly. “We did see the lamp over the salad bar sway continuously all night,” she says. “so we were pleased and felt that we had gotten our money’s worth.”

As rare as ghost attacks are, being shoved on a stairway is one of the most common occurrences, and a number of people also report the feeling of being strangled. This usually happens at night. Char reports that this happened to his father when they were living in a house in Pepperell, Massachusetts – a place they long considered haunted. The family felt it was the ghost of old Charlie Hartwell, a farmer who once lived on the property and died in a fire.

The family had a number of strange incidents: unexplained banging on the walls and doors; TVs, radios and lights going on and off by themselves; tools going missing then reappearing; sliding doors opening by themselves to let the dog out; lights in the barn, where there is no electricity; and more.

“Our ghost Charlie liked to scare my sister for some reason, and really didn’t like my dad,” Char says. “One time he was sleeping and he said he felt something on top on him and then it started to strangle him! My dad couldn’t get up and he started to cry because he was so scared. He held onto his cross that he was wearing and started praying and then it went away.”

Cassie B. also had an unpleasant experience on a staircase. She and her husband were visiting his older brother’s house during the Christmas holidays. Her bother-in-law had warned her that the house was haunted, which she didn’t mind because she had been in haunted houses before. But then he revealed that the spirit liked to push people down the stairs!

Sure enough, the ghost didn’t disappoint. “I was coming down stairs to look for my husband, when all of a sudden I felt like someone pushed my feet out from under me. I ended up falling down the first four stairs,” Cassie says. “Everyone came running to make sure I was ok. They asked me what happened, and I said it felt like someone pushed my legs out from under me and I just fell down the stairs.”

Shadow at the inn

Roger had a close call with a shadow person that he felt was trying to attack him – and this was in the middle of the afternoon! Back in 1967, Roger was a college student working for the summer at a large motel in Downingtown, Pennsylvania. Roger lived with several other employees at an old stone house a few miles down the road, where a brutal murder had allegedly taken place.

It was a bright, sunny Saturday afternoon when Roger was in his bedroom trying to catch a quick nap. “I remember the events clearly,” Roger says. “I looked at my clock and it was 1 p.m. as I lay down on my bed and closed my eyes. Instantly I was flushed with extreme fear as I opened my eyes. Then, out of the wall, on this bright and sunny day, came a black shadow man with arms outstretched toward me. Its shape changed slightly as it left the wall and drifted toward me. It was a full torso about six feet tall. I uttered a gasp and again closed my eyes for an instant. I opened them again and it was still drifting toward me, the arms outstretched as if to choke me! I was paralyzed with fear and gave another and louder gasp. It came to within three to four feet of me… then dissipated.”

What’s more terrifying than being attacked by some unseen entity? One of your children being attacked by some unseen entity. That’s what happened some years ago, according to Yolanda, who lived with her four children in an ordinary four-bedroom home in Germantown, Pennsylvania. One night as about 10:30, Yolanda was home only with her 14-year-old daughter, Tiffany, who was sound asleep in the back room. “I walked to the bathroom, and on the way out I noticed her door cracked just a little,” Yolanda says. “I paid it no mind and headed back to my bedroom and relaxed, until I was startled by her door slamming loudly. I yelled her name twice and I got no response.”

Then the horror began. “Before I could get up off the bed I heard her screaming, ‘Get off of me!’ I ran into her room to find her lying in the dark, shaking and trembling. I asked her what happened and she said that someone was beating her. She had scratches all over her arms. I knew no one was in the house but us two.”

Yolanda soon moved her family out of that house – a place she later learned where five people had overdosed on drugs in that back room.

A reader using the name HauntedMichigan also reports an attack by a shadow person, this occurring in 2008 at a casino in Michigan. She was staying at the casino hotel with her two small children and her brother and his wife. “I awoke around 3:30 in the morning to the sensation of a pressure on my side, kind of pushing me down,” she says. “I thought it might be one of my daughters pushing me down. I raised my arm out to try to push off whatever was on top of me. I felt something substantial, but definitely not either one of my kids.

“I began to get frightened. I was lying on my side, so I turned my head to my right shoulder to get a glimpse of what was on top of me. I saw a large, dark funnel of no substantial shape. I heard a mocking laugh. I struggled to no avail. I decided to let the entity know that they should get off of me in the name of Jesus Christ. The funnel suddenly hit the ceiling and disappeared.”