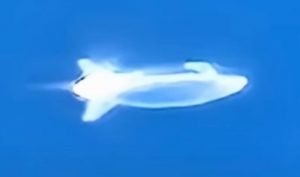 A strange transparent object was observed over the Philippines, and local authorities declared their non-involvement in this strange phenomenon.

This UFO was seen by thousands of people, and it was even shown on local television news.

According to many eyewitnesses, this is some kind of new spy ship that was collecting important data about the current terrain.

A white fog is visible around the object, which forms a cloud, and in some of the received videos, the ship is seen emitting an incomprehensible whitish cloud from its nose.

According to well-known Taiwanese ufologist Scott Waring, this is not an airship or a balloon, since it would be easily detected by air defense systems.

The ufologist believes that this is an apparatus of extraterrestrial civilizations, which studied the reaction of the Filipinos to an object that appeared in the sky.

It is possible that this could simply divert the attention of the inhabitants from some more important event that took place nearby.