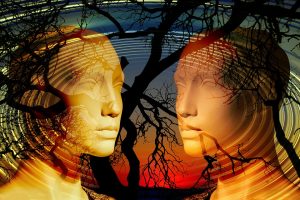 At least once in our lives, we all have done or said things that gave us a strong impression that it had happened before. What games does our brain play with us?

Here are the top 10 strangest phenomena that occur at times in our mind:

Deja vecu is what most people experience when they think they are having a deja vu. Deja vu is when one has a feeling that he has seen something before, whereas deja vecu is an experience of having seen an event before, but with great detail as to recognize the smells and sounds. This also is usually accompanied by a very strong sense of knowledge about what will happen next.

Deja senti is a phenomenon of having already felt something. The phrase “I have felt it before” perfectly captures deja senti. It is only a mental phenomenon and seldom remains in our memory later. Many epileptic patients often experience deja senti.

Deja visite is a less common experience and includes an unexplained knowledge of a new place. For example, you may know the location around you (a new city or a landscape) although you have never been there before.

Jamais Vu describes a familiar situation that we do not recognize. It is often considered to be the opposite phenomenon of deja vu. The observer does not recognize the situation although it is known that he has experienced it before.

Presque Vu is very similar to the feeling in the “tip of the tongue”. When someone is ready to say something but his brain gets stuck and a word does not come out.

L’esprit de l’escalier is when a smart thought comes to you when it is too late.

Capgras Delusion is a phenomenon when a person believes that a close friend or a family member has been replaced with an identically looking one. This illusion is often met in people with schizophrenia.

Fregoli Delusion is a rare brain phenomenon which makes a person believe that different people are the same person in various disguises.

Prosopagnosia is a phenomenon in which a person is unable to recognize faces of people or objects he knows. People who have this disorder are usually able to use the other senses to identify individuals, such as the person’s perfume, the sound of his voice or his hairstyle.