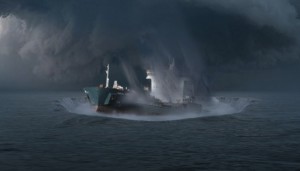 The Bermuda Triangle is a specific geographic area with it’s points being at Miami, Florida, the island of Bermuda, and San Juan Puerto Rico. In this area, over the course of time, many different aircraft and boats have mysteriously vanished without a trace, leading many to believe that the triangle has something unusual about it that is swallowing up people, planes, and boats.

All of these incidences have relatively similar aspects in that they don’t show up later as wreckage, and that in the cases of the aircraft, there was never any oil slicks found on the ocean, which are common indicators of where a crash took place for sea crashes. There are also a number of wrecks that have taken place that have been accounted for, and were the cause of natural calamities or human error. It depends largely on what you’re willing to believe.

This theory says that the root cause behind the notorious reputation of the Bermuda Triangle is the Earth’s magnetic field in that particular region. It has been frequently observed that compasses begin to spin rapidly near the Bermuda Triangle and navigation equipments stop functioning properly.

This is because it is one of the two places on earth where the geographic north and magnetic north coincide. Due to this, electromagnetic storms originating below the earth’s surface rise up to the atmosphere and leave a fog behind. The strong magnetic effects in the region is believed to be responsible for so many people vanishing into thin air.

What this theory has to say is that it is methane gas that is largely responsible for the notorious reputation of the Bermuda Triangle. According to this theory, bubbles of methane gas rising up to the surface of water decreases its density thereby lowering the buoyant force exerted by the water. Due to this reason, large vessels might no longer be able to stay afloat and might sink without a trace.

But what about the remains of the ships? They ought to be found somewhere down below, isn’t it? Well, there seems to be a viable explanation for that as well! The strong currents of the Gulf Stream drifts them far away from the region. Well, even though this theory is plausible, the fact remains that there isn’t any underwater source of methane gas anywhere close to the region.

Although this theory cannot be totally ruled out, it fails to explain the reason for the disappearance of the aircrafts. According to this theory, the reason why so many ships disappeared is because of pirates who are especially active in this part of the Atlantic.

Piracy has been the reason behind the destruction and disappearance of many a large vessel in the past, in different parts of the world. Some theorists are of the opinion that in addition to piracy, attack by enemy vessels might also be a reason. This theory might prove to be true for at least some of the disappearances in the past.

Effect of a Comet

The first theory that we’ll discuss here is the theory that a comet from outer space crashed into the earth some thousands of years ago, near the area, which is now the Bermuda Triangle.

People who believe in this theory also seem to believe that somewhere in the depths of the ocean, there must lie the remains of this comet and it is the electromagnetic attractions of the comet that causes all the havoc, including disruptions of aircraft signals. No traces of a comet or anything similar to it has been found yet and in the absence of a proof, this theory remains nothing but an assumption.

This theory is supported by some people who believe that the lost city of Atlantis was located somewhere close to the Bahamas. What they also believe is that the mysterious city of Atlantis still lay buried somewhere below the ocean and legend has it that this city was powered by energy obtained from powerful crystals. 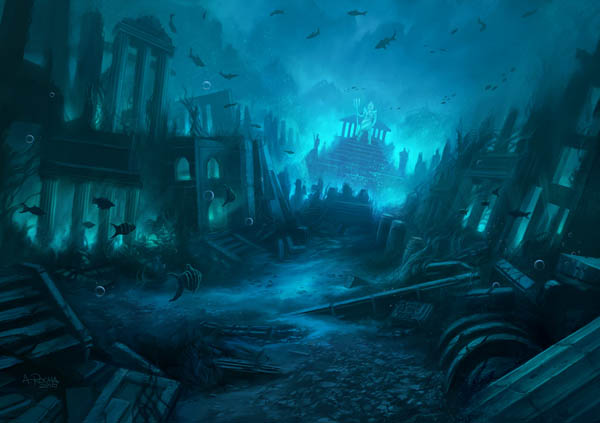 According to this theory, the effect of the remains of these crystals is what is responsible for the aircraft radio signals going haywire. There are even supposed proofs for the same, the most important one being the Bimini Road, which is a peculiar rock structure that appears to be an ancient dockyard.

Believed to be the number one reason for the disappearances over the Bermuda Triangle, this theory states that it all happened as a result of human errors. The area surrounding the Bermuda Triangle consists of a string of islands, each very similar to the other.

Because of this, it is very difficult to find your way there. Moreover, the rough weather and storms add to the risk factor. In such a scenario, once you are lost, it becomes very difficult to return back. Also, the area over the Bermuda Triangle experiences a lot of air traffic which increases the probability of disasters.

This theory is one of the most popular theories in spite of the fact that there is nothing to prove it. The ‘time warp’ theory claims that the reason for so many disappearances is time travel. In other words, this theory says that whenever something ends up at the Bermuda Triangle, it either travels back in time or to some time in the future. There are also people who have reported seeing a huge tunnel shaped cloud around the region, which they believe is a tunnel for time travel.

There is a slight variation in the two versions of this theory but the basic idea is the same: alien activity is the cause behind the disappearance of so many vessels and aircrafts. One version states that it all occurs due to aliens or living beings from other planets, abducting people, while the other version has a slightly different take on it. It says that the aircrafts and ships traveling over the region sometimes end up there at the time when aliens are supposedly traveling between our planet and theirs.

These vessels are then automatically taken along to another dimension or may be, who knows, even to another planet altogether! And the poor things are unable to return back, it seems or at least that’s what the theory makes you believe. In spite of the fact that there isn’t any proof, this theory is, by far, the most popular one and has captured the imagination of one and all. More so after the release of the Steven Spielberg movie Close Encounters of the Third Kind.

This is one of the more practical theories explaining the mystery behind the Bermuda Triangle. The Atlantic Ocean is famous for its storms, hurricanes and rough weather. Violent storms and hurricanes cause the waves to rise as high as 80 feet or more. Add to that the strong current of the Gulf Stream and you have a situation from which it is almost impossible to escape.

Even more danger lurks beneath the ocean as this is the deepest region in the Atlantic, the location of the Puerto Rico trench. So, if a ship or an aircraft gets trapped in the storm and sinks deep into the water, it can very well appear to have disappeared without a trace.

Ever heard about Area 51? It is a base of the U.S. Air Force where testing of military equipments is carried out and which is notorious for many reported UFO sightings. Well, there is a similar testing base of the U.S. Navy on the Andros Islands in the Bahamas.

Some people believe that there is something more to it than a mere weapon testing base and that it is the location where the government has built equipments to communicate with the extraterrestrial. And it is this supposedly advanced technology that has got something to do with the vanishing of ships and planes!