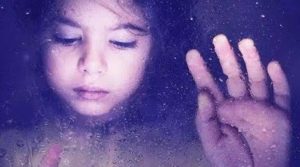 Is your child intuitive? Does he ever describe things in detail that he would have no way of knowing? Does she pick up on people’s emotions or thoughts, even when the person is trying to hide them?

Does he have imaginary friends that sound oddly real—maybe even family members who died before he was born? Does she tell you something is going to happen with complete certainty—and then it does? If you answered “yes” to any of these questions, your child might be psychic.

The truth is, we’re all born psychic to some extent. It’s a natural ability, like singing or being artistic. Some people are just more gifted than others. Some nurture and develop their natural talents, while others ignore them and lose them to some extent.

Children in particular are much more in touch with their intuitions than adults are. If you want to cultivate your child’s natural gift, or help him learn to live with an extraordinary gift, there are some things you can do.

Reserve comments that validate or invalidate his claim. Too much encouragement might inspire him to embellish or make things up to garner your approval.

Discouragement may cause him to start dismissing events before he even learns to explore them. If you want him to start looking at his experiences objectively, you’ve got to set an example.

Some kids don’t understand what’s happening to them. If they get an impression someone will be hurt, they might blame themselves later for making it happen.

If they see visions of some traumatic past event, it might scare them. It’s important to reassure kids that what they are experiencing is natural. Remind them that what they’re seeing or sensing is not their fault and can’t hurt them.

3. Avoid putting toxins in their bodies as much as possible

Children who are sensitive are sensitive in more ways than one. This means that processed foods, chemicals, dyes and even medication can have a stronger effect on them than it would on other kids.

To help maintain a state of purity, feed your child a balanced diet of wholesome foods and talk to your doctor about alternative remedies and non-evasive treatments whenever possible.

4. Put your child into a meditative activity

Meditation is essential for anyone learning to control and hone psychic abilities. Some kids are just too young or rambunctious to sit down and meditate in the traditional way.

5. Remind your child that she’s in control of her mind and body

Tell her she has natural defenses that can help her block these experiences for a while if she necessary. Once she’s aware that she is in control, she’ll begin developing better control using her own instincts.

If your child is at all frustrated or frightened by her gift, learning to have control over it can be very empowering.

6. Talk to your child about other people, and how they may react to things he says

Assure him that when he’s in doubt, he can always run it by you first.

Don’t turn her into a deity or a guru. Don’t push psychic training or experiments on her if she’s not interested. Let her enjoy her youth— let her learn and grow; give her plenty of love.

If and when she’s interested in exploring her gifts further, she’ll let you know.

Distance Healing: What Is It? How Does It Work?