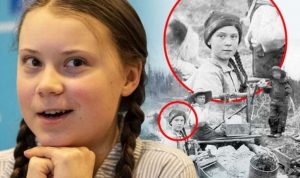 Recently, a photograph was discovered that was taken 105 years before Greta Tunberg was born. The photo shows a girl who happens to look uncannily like the young activist.

The image, which dates from the 1890s, shows three children on a gold mine in the Dominion Creek, Yukon Territory. This would not have seemed particularly remarkable if it were not for the fact that one of them is simply strikingly similar to Thunberg.

A Youtuber named Art Alien who found an old photo has a theory of why Greta Thunberg is so successful in spreading her global warming messages worldwide. 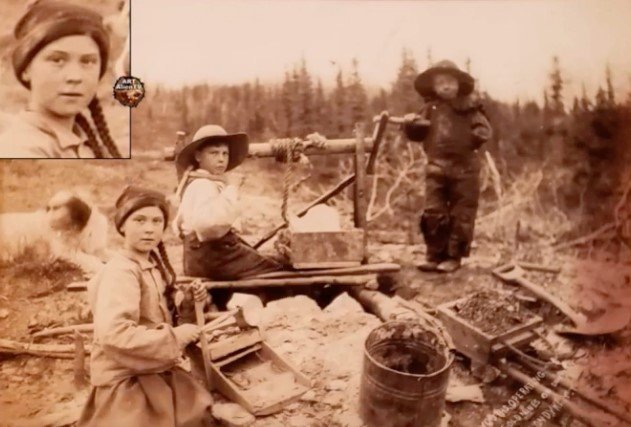 He claims, that Greta can be a time traveler moving from place to place to fix bad moments in history. This would explain why a child in speaking at the United Nations and how she become world famous almost overnight.

Due to her numerous prominent public appearances and her tireless efforts to raise awareness about climate change, the 16-year-old Swede has been making headlines all over the world over the past few months.

In the video below, you can see the photo with a more detailed analysis.

A strange unexplained purple cloud in Chile scared the locals