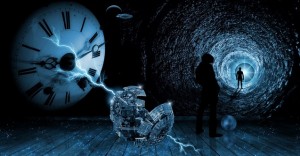 Time Travel is one thing which has been regulated to the realm of science fiction for decades, but recently prominent physicists, including such names has Steven Hawking, have seriously been considering the possibility and impossibility of time travel. What is the current scientific consensus on the issue of traveling through time? Will we all soon be able to hop in our own personal Delorean rigged with flux capacitors and start reeking havoc in the past and future? What does science say about this seemingly paranormal fantasy?

Traveling to the past is perhaps the more romantic of the two time voyages. Being able to go back and observe primitive man or now extinct creatures has long been a fantasy of many biologists. While, others would love to go back in time to a famous event and personally experience it. Still others have a more personal reason for fantasizing about being able to travel into the past and that is getting the opportunity to see deceased loved ones again. It is a wonderful sounding idea but is time travel into the past possible?

It is far more likely that we could succeed in sending a message or signal back in time, but even this seems impossible as the only way this could be permitted is through harnessing tachyons. Tachyons are a hypothetical subatomic particle that is constantly traveling at the speed of light. The problem is science is not sure if tachyons actually exist. They only exist in theory and do not conflict with the mathematics of current physics models, but have not been seen or discovered.

Does this mean that harnessing the speed of light will not help us in our time traveling adventures? Actually, no. It is actually the most likely candidate for helping us get to the future.

This is because the laws that govern the universe will not allow an object to move faster than the speed light so the closer we get to that speed, the slower time will move in order to prevent that from happening. This means that if you were traveling near the speed of light only a week or two would pass inside while the outside world would age a hundred years. All of this has complicated mathematics to back it up.

The draw back is that if you were planning a vacation to the future it would be a permanent vacation. The physics and math will not allow you to reverse the process even if you threw your hypothetical time machine in reverse. In fact, doing that would bring you farther into the future. Plus, building a vehicle that can reach near the speed of light is impossible given our current technology.

We know that there is nothing in physics that says we cannot travel into the future. In fact, the laws of physics dictate that it is absolutely possible to travel into the future if one were able to reach near light speed, but what about the more romantic of the two, traveling into the past. We have previously illustrated that light speed will not help us get to our destination. Is there some other way that we can reach the past?

Open a photograph on your computer. Any photograph. Given today’s technology the photo is probably very clean and crisp looking. Now take the magnifying glass tool that should be located somewhere within your picture viewing software and zoom in as much as you can.

What happened to your picture? It got pixilated didn’t it? You may even be able to see the tiny spaces between said pixels depending on how close your software allows you to zoom. What is true for that photograph is true for everything in the universe. Zoom in close enough and everything is pixilated. The pixels, in the case of the universe, are atoms and subatomic particles, but just like the photograph there is also space between these cosmic pixels. Physics says that the same thing is also true for the fourth dimension, time. 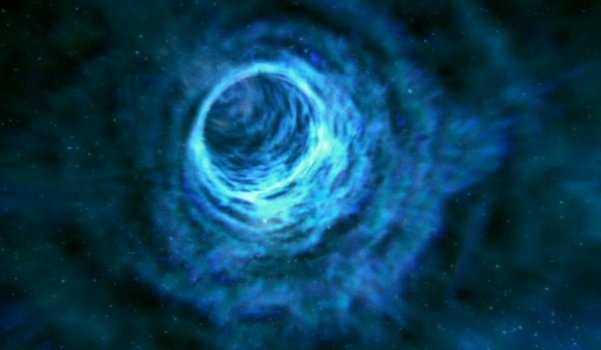 Suppose we take our magnifying glass tool and zoomed in on time. We zoom in so close that we move beyond the realm of atoms and molecules and into an area that physicists call the quantum foam. Here we will find holes in time called wormholes. These holes in time can link two separate places and even two separate times together. It may be easier to imagine time as a blanket. Zoom in on the blanket and you will find wholes in the threading, these wholes lead out to the other side of the blanket. The same can be said for time except the wholes will lead to a different time and different space.

These wormholes are of course very tiny. No human could pass through them, unless some sort of new technology is discovered that could enlarge wormholes. This would allow humans to travel into the past. Unfortunately, technology like this is not going to come about in the near future and may never come about at all. This still is not the biggest problem for would be travelers to the past. There is a much larger dilemma, the paradoxes that are created by traveling to the past.

I do not want to be cliché so I am going to avoid the very popular “grandfather paradox” and instead use an example often used by the great thinker and physicist Steven Hawking. Say a person some how enlarges a wormhole. The other end of the wormhole leads on minute into the past. This person begins to assemble a gun and points it at the wormhole. He fires into it.

The bullet soars through the wormhole and comes out one minute into the past; the bullet connects with the past version of the person killing him before he even has the chance to assemble the gun. So how did the past version get shot if he died before assembling the gun? It is a paradox, causes have to happen before effects and traveling into the past would destroy this idea, which is impossible. This along with some other complicated ideas like radiation feedback cause traveling to the past to be near impossible, in theory, anyway.

Human beings, though, are a resilient bunch. We have come a long way in a very short period of time and are determined to make the things we want reality. Science currently dictates a trip to the future is possible if and when the technology becomes available. Unfortunately, the consensus on traveling to the past is a bit murkier, but this universe is a bizarre one so never say never.

Scientists to invent time machine in near future?