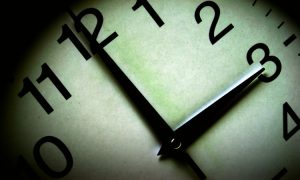 For many centuries, midnight was referred to as ‘the witching hour’. Superstitious people thought that at this precise moment in time, all the evil beings of the world came out to do their bidding.

In recent decades, the witching hour of midnight has been replaced by a new time that instills fear in many people: 3:00 AM.

Is three AM cursed? Is it a time for evil, witches, devils and other nasties to come a-haunting? or is it a lot of hub-bub over nothing?

What Is the Belief?

Though we have no evidence, it is believed by many people that Jesus Christ died on the cross precisely at 3:00 PM. The premise behind 3:00 AM being the ‘devil’s hour’ is that the devils, demons and evil beings come out in the cover of darkness to mock Jesus, as well as to mock the trinity.

Stories abound on the internet about people who wake up at 3:00 AM, with reports ranging from shadow people sightings to ‘old hag’ syndrome. A lot of people fear this hour, much like there is a phobia revolving around Friday the 13th. The fear is growing in popularity.

There are many logical flaws with the concept of 3:00 AM being haunted. For one thing, it’s a fairly recent (within the last few decades) belief. If Jesus died 2000 years ago on the cross, why is it that only now these evil beings are starting to come out to mock him?

Do spirits even keep time? Is that even possible—or is the spiritual realm in a time of its own?

Further, one has to take into account the problem of time zones. Does the devil set his watch by Rocky Mountain Time? Eastern Standard Time? Or does he follow the more uniform GMT? Since fear seems to span across many time zones, we have to wonder– does the devil hop from time zone to time zone like Santa is supposed to do on Christmas Eve, so that he can get all his work done in one night?

Another problem is when you take into account daylight savings time. Do you think the devil and demons of hell spring forward and fall back, or do they ignore it? If they ignore it, then why isn’t 2:00 AM the ‘devil’s hour’ for at least half the year?

One possible origin of this belief could be in the fact that statistics have shown more people die between 3:00 AM and 5:00 AM than any other time of day. Scientific studies have actually backed this up– it seems the body’s systems are most vulnerable at this time.

There is also the logical conclusions is that someone having sleep apnea, heart attack, stroke or other serious conditions striking in the middle of the night is less likely to be noticed—most likely, everyone else around them is asleep. If the person was sleeping and the condition strikes, they may not find themselves in the position of getting up and calling for help, only to die in bed.

If their spouse is a sound sleeper, they may pass completely unnoticed. Had the heart attack or stroke occurred in the middle of the day when they were milling about the house, they would be more likely to feel it coming on and seek help, or someone is more likely to spot the person when they collapse to the ground and call an ambulance.

While there can never be definitive closure on spiritual matters, it seems this rumor is probably just that. When the middle of the night approaches— rest easy. You probably have nothing to fear but the fear brought on by your own imagination running away with you.