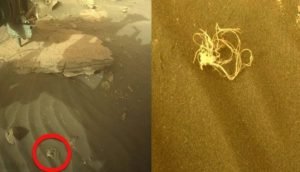 On the NASA website, the best photo of this week was a picture taken on July 12, 2022 by the Perseverance rover. It captures something very unusual for the surface of Mars and looks more like a piece of some kind of thread or even the roots of a plant.

The object is so anomalous on the Martian surface and so strange that experts immediately started talking about the fact that it could be some part of the rover itself or a landing rocket.

At the same time, it is noted that there is nothing resembling these “threads” in the design of the rover, and the possibility that this substance could be accidentally taken from Earth during the preparation of the rover for a mission to the red planet is swept aside. 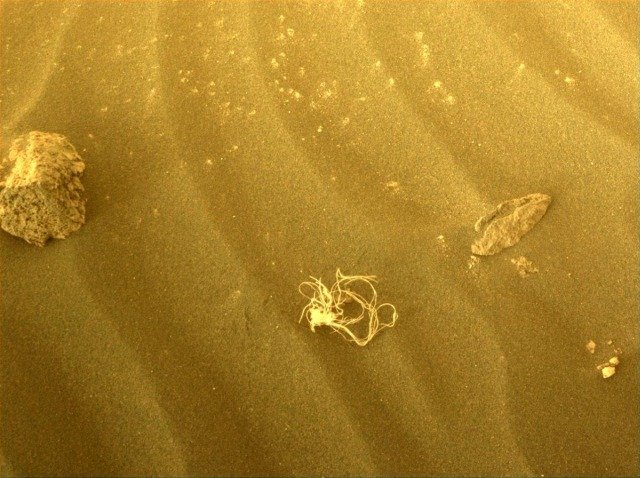 Nevertheless, experts noted that it is very important to carefully check spacecraft before launch so that they do not pollute the surface of other planets with terrestrial substances that may contain bacteria that can affect the atmosphere of the studied planet.

A curious detail: the Perseverance rover is now exploring the Jezero crater and studying the ancient river delta, as it is believed that this is an ideal place to look for signs of ancient microbial life.

Maybe rover really found something alive or formerly alive, and these “wires” are not “wires” at all, but are in fact the roots of a plant or part of an mysterious animal?