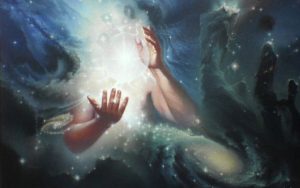 Five classic arguments from medieval theologian and philosopher Thomas Aquinas are among the most convincing proofs of the existence of God.

The existence of God has long been a subject of great interest to people around the world. Numerous theologians, philosophers and everyday observers have advanced arguments for and against the likelihood that an all-powerful Deity reigns over the universe.

Five of the most resilient arguments heard in this long debate came from the brilliant mind of thirteenth-century philosopher and theologian Thomas Aquinas.

Who Was Thomas Aquinas?

Thomas Aquinas (also known as Thomas of Aquin or Aquino) was an Italian Dominican priest of the medieval Catholic Church. The name “Aquinas” is not a surname, but rather a name given to him by virtue of his place of origin.

Born in A.D. 1225, Thomas would grow to become one of the foremost theologians in pre-Reformation Europe. Thomas was a prolific proponent of natural theology and was immensely influential in western thought.

Much of modern philosophy owes a debt of gratitude to Thomas’s writings.

Building on the logic of legendary philosopher Aristotle, Thomas Aquinas outlined compelling reasons for people to embrace the existence of God. Thomas Aquinas’s arguments for God consisted of:

Embracing Aristotle’s reasoning, Thomas Aquinas dismissed the possibility of an infinite regress of forces. There must be (in the words of Aristotle) an “unmoved mover.”

Based on the premises that every effect has a cause and that everything that begins to exist or happen is an effect, the cosmological argument holds that there must be an ultimate First Cause.

After all, an infinite regress of effects is nonsensical. An original cause had to start the train of effects.

The universe contains a pyramid of beings (from simple, basic organisms to advanced organisms such as humans). This “ever-increasing degree of perfection” points toward a final being that must be perfect and ideal.

The world contains an observable order or design. Such design cannot be attributed to the object or objects in question. There must be an external Designer to account for the complexity of life and the order of the universe.

The Legacy of Aquinas’s Arguments

These five arguments for God’s existence have endured to become hallmark defenses of monotheism. These arguments (or variations of them) are in evidence in virtually every work of monotheistic apologetics.

Though they have been challenged by atheist writers over the centuries, none have been fully refuted. Their staying power is testament to their credibility, to the brilliant mind who conceived them, and the faith he embraced.

Soul Contracts: Before We Are Born, We Plan Our Life