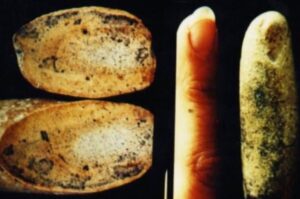 The oldest human fossil is 2.8 million years old, or so tells us mainstream anthropology. But this view is challenged by a number of finds that just don’t fit, such as this fossilized human finger that is believed to be 100 million years old.

The misfit fossil was discovered in the mid-1980s by a quarry owner in a gravel pile. The gravel and the fossilized finger had been quarried from a Cretaceous limestone formation in Texas.

Previous dinosaur fossils that had been dug up in the area showed the formation had an estimated age of around 100 million years. 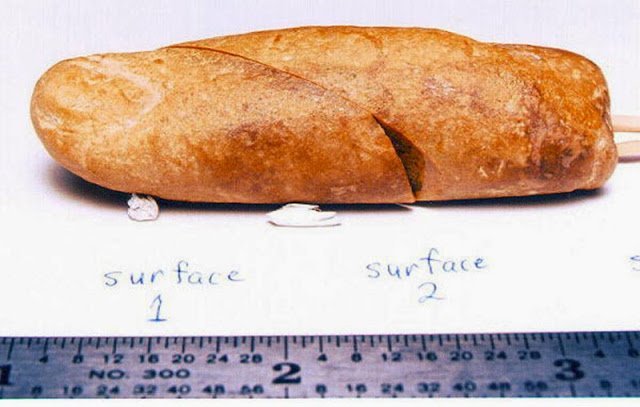 Paleontologists determined that in order for soft tissue to become fossilized, the finger and its owner must have been rapidly buried in an oxygen-free environment. A flash-burial would also mean that the individual cells would mineralize individually and their microscopic details would be preserved.

If this is the case, the man to whom this finger once belonged must have suffered a violent death. Add this to the fact that fossils only form in extraordinary conditions and it was pure luck that led to this discovery.

CAT scans revealed even more clues, such as the presence of what appeared to be bones, joints and tendons inside the finger. A difference in their densities meant that they showed up as darker areas on the X-ray.

Even though experts cannot attribute to who the finger belonged, to what species, it is very unlikely that it belonged to primates.

A third option would be the existence of time-travelers. This would certainly account for all of the mystifying out of place artifacts found all over the world.

It all leads to one question: will discoveries such as this one determine a paradigm shift at some point or will all of them turn out to be hoaxes or wrongfully-identified items?

Of course, we have to take into consideration that there is a possibility that this is just another hoax, an elaborate joke.

But if this discovery is legitimate, it would suggest two possible scenarios: either humans have been around for far longer than we think or the past of our planet has been calculated wrong.