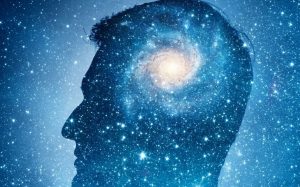 Our personal universe originates from the mind. Its limits designed by one’s imagination and the focus within one’s limits is what brings everything to life.

When watching the starry night, one cannot help but be overcome by a sense of wonder about the universe. The universe? What is it really? Where does it end? Does it have an end? A boundary where everything ceases to be?

The great mystery surrounding us all has prompted many to ask questions but the answers we found were never enough. They have done little to quench the desire for knowledge.

Even though questions must be asked for answers to be considered, they are always formulated from a unique viewpoint, allowing a narrow set of satisfactory answers. Questions and answers are the polar opposites of a single thought; a thought originating from one’s imagination.

When functioning in a universe that is seemingly infinite, the importance of the singular is often and easily ignored. One feels…..diluted……insignificant by the vastness of space. Boundaries have to be imagined to erect this platform where one can operate. Boundaries set by the imagination.

The Creation of Our World is Based on Imagination

Imagination is often overlooked. It is something that is done constantly all day yet most of us barely understand its true nature. Great philosophers of the past and the present have referred to it as a tool; a tool most people do not know how to use.

If this tool allows us to map the boundaries of our personal universe, this would imply that imagination has a direct correlation to the possibilities of one’s life.

It is the belief in those possibilities that drives people to do what they do everyday whether mundane or exciting activities. While most of us agree that we all have different lives, very few do accept or recognise that we all have a very personal and unique way of perceiving life.

A simple awareness of others’ perspective would undoubtedly resolve the majority of dramas in people’s lives. It is a fact that when people are exposed to the same event, each will have his own interpretation.

We see different shapes in the same cluster of clouds. It is in this difference in imagination and perspective people can see who they really are. But, to what extent does imagination and perception shape our lives? How far does it go?

The Experience of Paranormal Activities

Throughout history, as long as our records can show, thousands or even millions of people have claimed to see and experience strange events others within the same space could not such as ghosts, strange lights in the sky, and whispers in the dark.

Were these experiences real? Did they really happen? Those who have gone through such experiences are adamant they were not hallucinating. While their community have branded them as lunatics and in some cases ostracised them for fear of them performing the devil’s work, the underlying truth is this is all a display of someone’s inability to accept something different. They find it hard to accept a different set of boundaries.

Ridiculed and labeled insane, many have chosen the comfort of silence. However, these experiences as strange as they may be for most, and whether accepted by the majority or not, are an integral part of this reality.

The paranormal, as it has been called, has and shall always remain a part of the world we exist in. With time and the continuous occurrence of such events, belief systems have slowly shifted making these experiences more tolerable by the masses.

Many have wondered that perhaps there were some things happening. While explanations by mainstream scientists regarding such events remain inexistent to this day, the questions have been asked and the answers are always part of the questions. It is a simply a matter of time until someone finds a way to explain such events, an explanation that will be acceptable to others.

Focus on What You Wish to Stand Out

The tendencies of scientific research point to the fact that physical reality is in fact a void: an illusion placed before our eyes. The analysis of the atom has shown that atoms are mostly empty, similar to star systems, which have a somehow identical structure. Planets orbit around a central sun as electrons orbit around a nucleus. The solid is negligible when compared to the emptiness surrounding it.

It is easy for the eyes to wander like the adventurer without a destination. Life is a daze unless there is focus. It is the stars that add so much beauty to the clear sky. They give us something to focus on like the situations and events in life.

Everything comes from the imagination, and it is the focus that brings a particular situation to the front. If imagination is the key to all that exists in physical life, then limitations must be self-imposed for we all know that imagination itself has no boundaries.