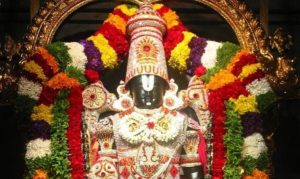 A group of thieves who stole several sacred statues from a temple in India soon recovered almost everything they stole. They admitted that they did this because, after the crime, they began to be haunted by terrible dreams.

According to the Times of India, this very strange incident took place in the village of Taruha, Uttar Pradesh. Last week, a group of unidentified men broke into a local temple dedicated to the deity Balaji and stole 16 figurines of deities from it, as well as silver jewelry weighing 15 kg.

According to the priest, the crime was aggravated by the fact that the temple is about 300 years old and all the sculptures were very expensive and revered.

Fortunately, only six days after the incident, most of the figurines were returned, because it seems that supernatural forces intervened.

14 stolen figurines were planted in a sack near the priest’s house, along with a letter in which the thieves confessed to the crime, asked for forgiveness and complained that they were haunted by terrible nightmares.

“We have been suffering from nightmares since we committed the theft, and we cannot sleep, eat or live peacefully. We are fed up with terrible dreams and return your amaanat (values),” they wrote.

The priest confirmed that the same figurines were in the bag that were stolen, after which they were honorably returned back to the temple.

In the meantime, the police formed two teams to search for these thieves in order to recover the silver jewelry and the remaining two figurines.

Scientists say Earth has entered a new cycle of extinction