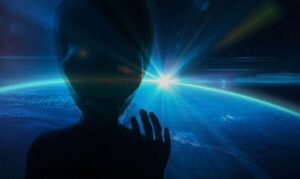 Not so long ago top US astronomers gathered in front of Congress to let them know that extraterrestrial life exists – without question.

They cited the sheer size of the universe as their most important proof, emphasizing that there are trillions of stars out there, with one in every five most likely harboring an Earth-like planet (though it is important to keep in mind that planets do not have to be “Earth-like” in order to harbor life).

“The number of habitable worlds in our galaxy is certainly in the tens of billions, minimum, and we haven’t even talked about the moons. And the number of galaxies we can see, other than our own, is about 100 billion.” – Seth Shostak, Senior Astronomer at California’s SETI Institute.

This time, NASA and the Library of Congress have teamed up to bring together scientists, theologians, philosophers and historians from around the globe for a two day symposium in order to discuss how to prepare the world for extraterrestrial contact, whether it be microbial organisms or intelligent beings.

One of the theologians present was Brother Guy Consolmagno, who is the new president of the Vatican Observatory Foundation. This is what he had to say:

“I believe [alien life exists], but I have no evidence. I would be really excited and it would make my understanding of my religion deeper and richer in ways that I can’t even predict yet, which is why it would be so exciting.”

The Vatican has been very open to the idea of intelligent extraterrestrial life, and they’ve expressed these views for a very long time.

Earth is not the center of the universe, it’s not flat, and it’s looking very likely that the next major, paradigm-shifting revelation will be the fact that we are not alone in the universe.

It’s great to see the mainstream world gather, discuss, and prepare for this possibility and ultimate reality, and it’s a great segue to create more awareness about the world of secrecy, the world’s within our world that deal with projects the human race knows nothing about.

Lets not forget the main argument was the size of the universe, emphasizing that there are trillions of stars out there, with one in every five most likely harboring an Earth-like planet.

“In the last 50 years, evidence has steadily mounted that the components and conditions we believe necessary for life are common and perhaps ubiquitous in our galaxy. The possibility that life has arisen elsewhere, and perhaps evolved intelligence, is plausible and warrants scientific inquiry.

Scientists are discovering billions of Earth-like planets on our Milky Way galaxy alone. I’d also like to mention that planets do not have to be Earth-like in order to harbor life, that’s just what we think and assume.

Who knows what type of conditions life on other planets can thrive in? Or the biological make up of an extraterrestrial life form?

Believe it or not, accept it or not, but the planet is being groomed for disclosure.