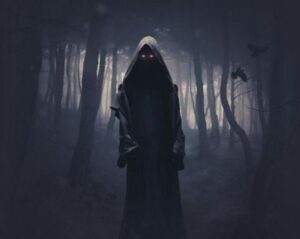 Appearing at the corner of your eye, as you try to sit up and wake up from what you think is a nightmare, you suddenly see dark figures–darker than darkness–standing next to you, staring directly into your eyes.

So-called ‘shadow people’ are supposedly humanoid like creatures often associated with a spirit or entity. Most of them appear to be male and some people have even claimed to see them wearing hats and long coats. They rarely communicate and seem eerily interested in human beings.

There’s truly no explanation for them or their reason for visitation. They even seem to share the same characteristics as the “Night Hag Syndrome,” such as night terrors, paralysis and even feelings of suffocation.

Some people believe that shadow people come from another world and others think they might be demonic entities. No matter what the case is, shadow people will keep materializing all over the world and we may never know the reason for their existence.

Below are some experiences I’ve gather from around the net, from people who claim to have been visited by these bedroom watchers: 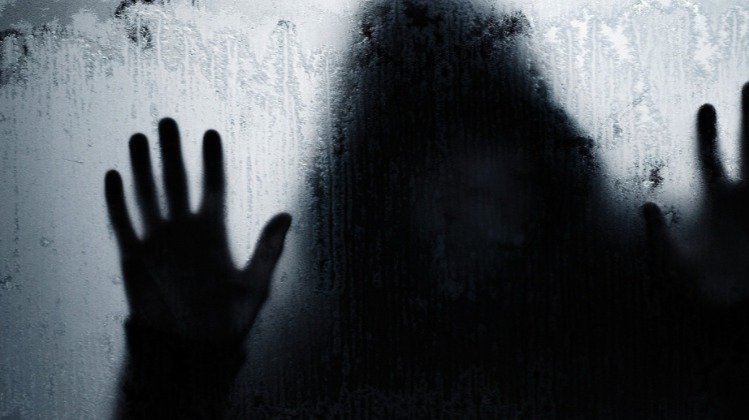 One night I awoke paralyzed. I looked towards the window, my eyes being the only things that could move. Sitting on the window was a dark shape of a man who was watching me. Inside my head, I could hear a faint voice saying “come with me.”

I could slowly feel myself dying or what I thought was the experience of dying. My breathing stopped, and I could feel my heart beat slower and slower. I was terrified and with every ounce of energy, I forced my body to sit up.

The moment I sat up in bed the apparition disappeared. I was completely drained physically. I noticed that the time on the clock was 3:15 AM. This occurred a couple more nights during that month.

The last time, I almost gave into the urge to follow him. The death sensation was scary at first, but it was exciting at the same time. Kind of like the first hill on a roller coaster. It has been a couple years since this first meeting, and I have been moving from place to place hoping to avoid contact with this being.

It always seems to find me within a few months, no matter where I go. Sometimes I want to be left alone, but this being and the other things that haunt me are always around. They don’t understand how tired I can get at times. – JL 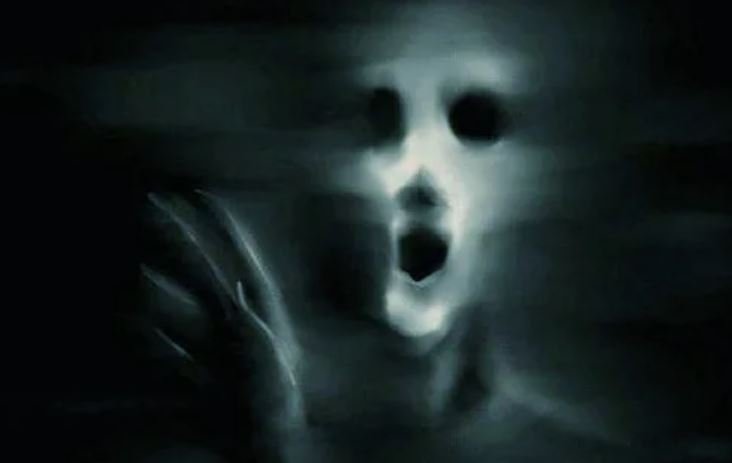 I was about 10 or 11 when I went to this house. It was daytime and the building was well lit. I looked into a few rooms and nothing out of the ordinary until I turned into a hallway and there it was, suddenly at the other end of the hall, just looking at me, even though it had no eyes.

The shadow person and I looked at each other for some time, and I didn’t think it was real until it started walking towards me slowly. I turned around and he had traveled about 7 meters in a split second.

I finally made it out of the house and I looked again. It had stopped at the door, almost like he was unable to leave the house, then he just simply turned away and walked back to where it was. – Courtney

3. A Presence in the House 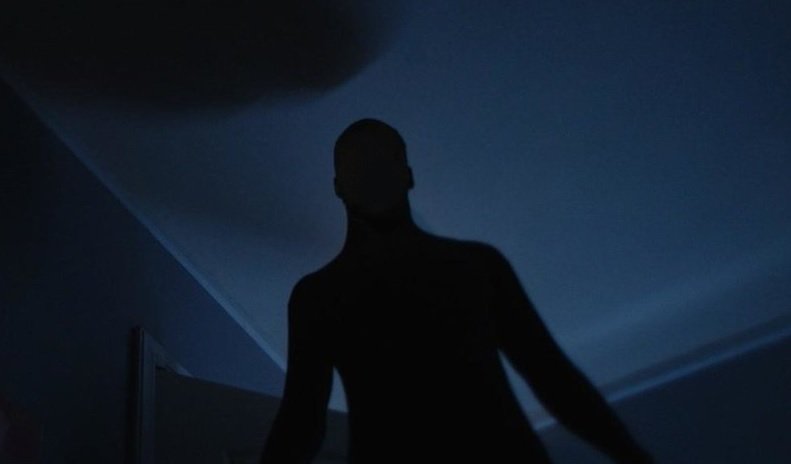 A few months before my mother died, she and my sister were discussing strange happenings at our old home. My mother stated that she had seen a dark shape originate from the closet in her bedroom several times, and she proceeded to describe this being as appearing to be wearing a dark cowl covering the upper torso.

My sister was amazed by my mother’s description of the shape that she had remembered as standing over her crib and poking her with a bony finger.

They called me and asked if I had had any sightings in the house and I told them of the shadowy being that constantly stood at the foot of my bed, leaving me with a fear of the night so strong that I would not go to sleep without my covers wrapped around my head forming a blindfold for my eyes.

But I can still remember sensing this thing and knowing if I looked out from under my makeshift blindfold that I would see it standing there.

My brother also told us of the little man that would come out of the closet just about every night and stay in his room. His shadow figure was more viewable even allowing my brother to describe that strange tam-like hat the being wore.

All of us will admit to the fact that going up to our rooms, a sense of anxiety would start at the base of your feet as you started up the steps, easing somewhat after you got to your room and checked out for the dark ones.

But, none of us would come down those steps alone and turn our backs to the landing. We would back down those steps, believe it or not. It still makes my skin crawl when I talk about it. – Katbowl 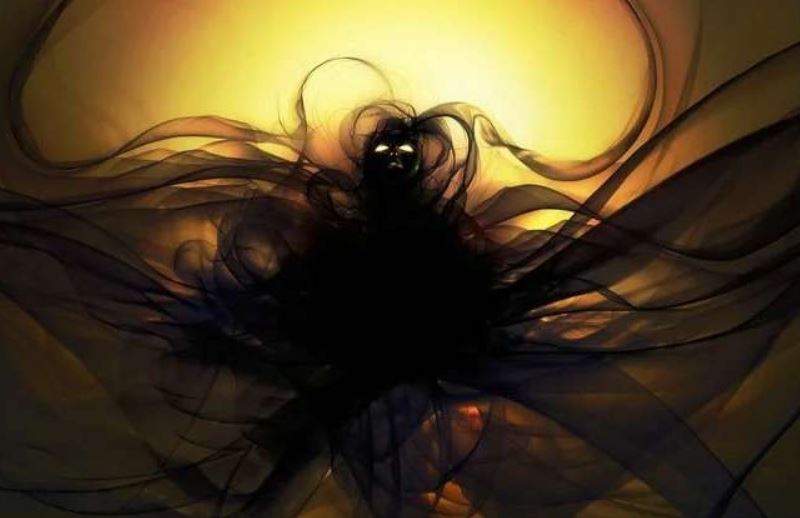 The night before my experience, I had been the target of poltergeist activity. I don’t mean the mischievous kind of poltergeist, the presence in my room was downright evil.

That’s another story, but I do believe the events were related. The night I had my experience, I went out to the bathroom (this was in the middle of the night, around one or two am).

I told myself it was just my imagination until it turned around and came towards me. There were glowing red eyes glaring at me from the area the face should have been.

The feeling I got was a definite presence of evil (again, like the night before). I screamed and ran out of the room, then spent the rest of the night in my parents’ room on the floor (I’m not ashamed to admit it, even if I was twenty at the time). – KJM 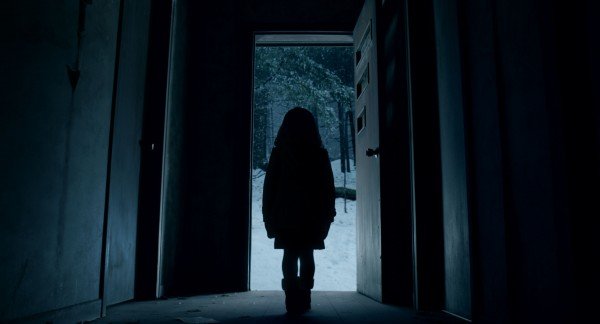 It was probably ten years ago back in 1999 don’t recall the month, when I was living in a rental mobile home in Pleasanton south of San Antonio, TX. My ex-girlfriend and I experienced a shadow person in the form of a child.

It was early in the morning around 3:30 to 4:15 when my ex and I were in the living room sleeping on the floor. When all of a sudden I just woke up; I opened my eyes and in front of me was a shadow that looked like a little boy, it was just a dark black that you can’t describe.

It had no physical appearance of clothing but just pure blackness. It was facing me for just a few seconds when it took off running to my right or down the hallway.

The hallway light was on at the time and I could see the shadow very clearly. When it ran off all I could hear were the footsteps being created as it ran down the hallway. The noise sounded like feet running across a wood floor, but the weird thing was that it was carpet with a vinyl plastic cover so we wouldn’t get the carpet dirty.

At that time, I was so scared that when I saw it I didn’t move. Another weird thing about the experience was that my ex-had woken up at the same time. When It ran off, all I heard was “Did you see that?” I knew I wasn’t the only one that had seen it and that it wasn’t just my imagination.

After that, we both stayed awake the rest of the morning, just trying to understand what had just happened. My ex would always tell me she would hear a scratching noise coming from outside but I didn’t believe her.

But this had gotten my attention. After this, I never experienced another encounter with the shadow. A couple of months later we moved out. -Francisco