These photos, he claims, show examples of the Red Planet’s insect-like forms of life.

His findings were presented earlier today at a national meeting of the Entomological Society of America in St. Louis, Missouri, along with annotated photographs of these alleged creatures. 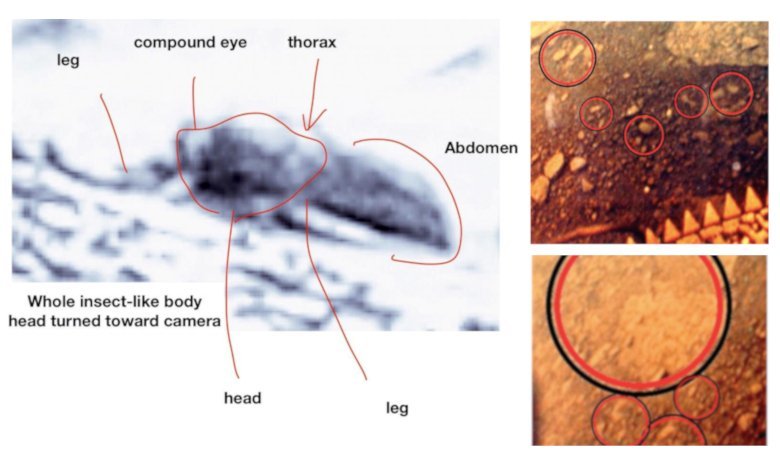 “There has been and still is life on Mars,” he said.

“There is apparent diversity among the Martian insect-like fauna which display many features similar to Terran insects that are interpreted as advanced groups – for example, the presence of wings, wing flexion, agile gliding/flight, and variously structured leg elements.”

“Once a clear image of a given form was identified and described, it was useful in facilitating recognition of other less clear, but none-the-less valid, images of the same basic form.” 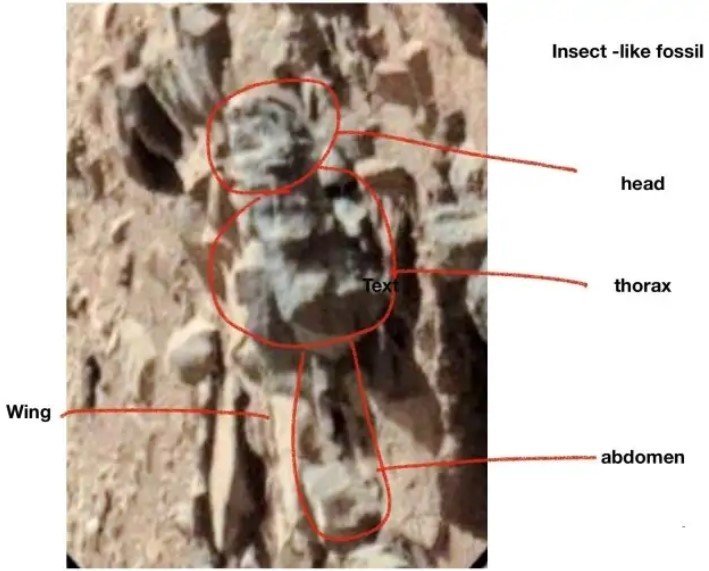 Dr. Romoser insists that both live and fossilized samples are shown in the photographs.

“The presence of higher metazoan organisms on Mars implies the presence of nutrient/energy sources and processes, food chains and webs, and water as elements functioning in a viable, if extreme, ecological setting sufficient to sustain life,” he said.

“The evidence of life on Mars presented here provides a strong basis for many additional important biological as well as social and political questions.”