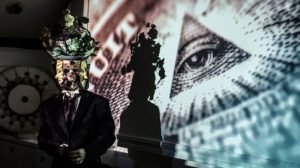 Is The Illuminati Real? Literally, Illuminati means “the enlightened ones” or “an individual who is illuminated. The order of Illuminati is a secret society that was created by Adam Weishaupt on May 1, 1776.

It was originally created to oppose prejudice, superstition, and religious influence over everyday life. Gender equality and women’s education were also one of the goals of the early Illuminati. The group was officially outlawed in 1785 and assumed to have disbanded.

Some believe that this secret group survived and now has a goal to establish a one-world authoritarian government known as the New World Order. Conspiracy theorist derive this from the Latin phrase “novus ordo seclorum” which appears on the reverse side of the Great Seal of the United States and on the back of the U. S. dollar bill.

Conspiracy theorists translate the phrase as “New World Order”. Skeptics argue that the actual translation is “New Order of the Ages”. However, a strong argument can be made for either translation.

It is believed that the Illuminati plan to bring about this “New World Order” through assassinations, infiltration of power positions both secular and religious, and manipulation of mass media.

The Illuminati is alleged to be responsible for the French Revolution, President John F. Kennedy’s assassination, 911 Terrorist Attack, and Stock Market Crashes.

It may be simpler to say that the Illuminati is the central controlling agency for all Conspiracies. It appears any conspiracy from Aliens to Government manufactured Zombie viruses can be woven into the Illuminati conspiracy.

From a religious standpoint of religion, Christian Conspiracy theorists believe that the order of Illuminati will bring a time of great tribulation. They call this period of time “the end time”.

They believe the Bible predicts that a secret order will set up a one world government. This government wins the hearts of the people by flattery and promises of an utopian society. However, after a few years this New World Order shows its real colors.

This one world government is actually a totalitarian government that abolishes freedom and religion.

While many people disbelieve or mock the existence of this secret order, it is difficult to ignore the apparent evidence one encounters every day. You can spot elements of Illuminati symbols almost anywhere.

On the one dollar American bills you can find a Pyramid caped by The Eye of Providence. The pyramid on the dollar bill incorporates three Illuminati symbols and can all be associated with the Egyptian God Horus.

They are the eye, the sun (rays), and the pyramid. Another common symbol, also on the dollar bill, is the pentagram or “Star of Baphomet” that is often associated with Satanism. These four symbols, The Pyramid, Eye, sun and pentagram mention earlier are considered to be the primary Illuminati symbols.

Surprisingly they can be found incorporated into an astonishing number of Corporate and Government symbols.

Illuminati in the Entertainment Industry 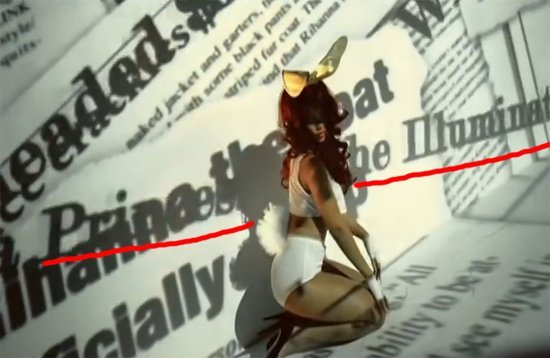 Hip hop celebrities are not the only ones that claim membership to the Illuminati. Lebron James in some of his pictures is also making the same two hand triangle symbol.

The Illuminati continues to influence many other forms of media. For instance printed media, the book “Angel and Demons” by Dan Brown, “The Illuminatus! Trilogy” by Robert Shea and Robert Anton Wilson, and Foucault’s Pendulum by Umberto are all based on the Illuminati conspiracy. 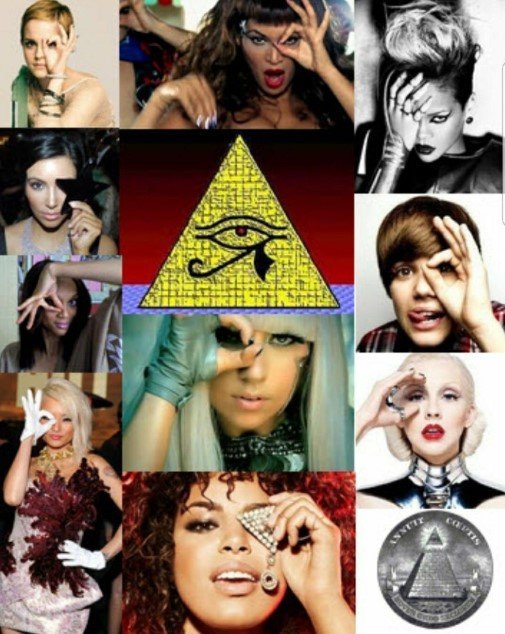 Even in Marvel Comics there is a secret group of superheroes called the Illuminati who primarily work behind the scenes.

Popular games like Call of Duty and Street Fighter also have references to the Illuminati. Other games that use their symbols include Assassin’s Creed, Metal Gear, and World of Warcraft.

Even cartoons are not a safe haven when it comes to Illuminati symbols, they can be found in Family Guy, The Simpsons, and South Park.

You are probably thinking something along the lines that is just adult humor in adult cartoons. The rub is that they can also be found in Sponge Bob, Tom and Jerry, and even Disney’s Duck Tales.

So, is the Illuminati real or not?

The website Gawker ran a comedy article describing the people who believe in the existence of the Illuminati. He claims that washed-up rappers, Ron Paul voters, R&B fans, etc, are the primary believers in this organization’s existence.

Even so, why are the symbols so prevalent? Are they being used as an attention getting mechanism? This would certainly seem plausible for attention hungry celebrities, but why would Corporations and makers of children cartoons wish to be associated with what to many is an evil secret society?

One thing for certain is truth may never be known in our lifetime. However, the next time you see a company logo or watch a cartoon you’ll probably pay closer attention. Maybe that’s the whole point.

Ex US Presidents Warn About The ‘Shadow Government’ Running The USA