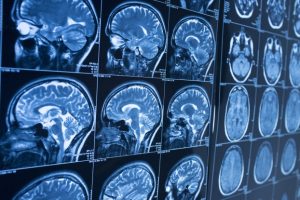 After suffering from a sudden and extreme bout of memory loss, a woman from Louisiana forgot her whole adult life, reports AOL News.

Grandmother Kim Denicola, 56, walked to her friend’s car after attending a Bible class in her church when she had a sudden, sharp headache and passed on the spot.

The last 40 years had been wiped out of her memory when she woke up in hospital a short time later.

The year was 1980, she was nearly 18 years old, and Reagan was in the White House, as far as she was concerned. She had no memory of her husband, children, grandchildren, family business, or anything that happened to her in the last four decades.

It was like someone in her brain flicked a switch and wiped it all out.

Doctors later diagnosed her with a condition known as ‘transient global amnesia’, typified by a temporary memory loss. However, her memories have not returned in Kim’s case.

You can see a news report with interviews with Kim and her family below.