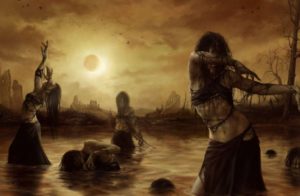 What most of us know about Whitewater are of a fine university, great parks and our old neighbors to the north located in the northwest corner of Walworth County, Wisconsin. But, what many of us don’t know are the things that lurk in the shadows there and ignite the subconscious in uncharted areas deep in the mind.

Whitewater is rife with dark legends and lore. Some trace the origins of these tales to The Pratt Institute – a Spiritualist college that opened in 1903, shortly after Pratt’s death.

Morris Pratt purchased the property in 1888 with the vision of having a place where the studies of the occult could be held equally among other respected institutions of learning. 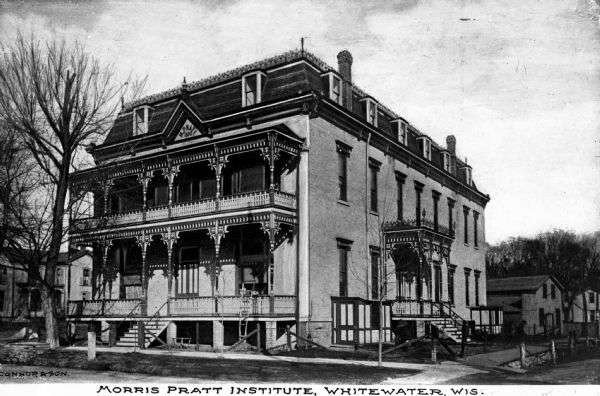 There was a hall that was called “the all-white room” where seances were conducted. Whitewater locals called it “The Spook Temple.” Surprisingly, the college and wary townsfolk coexisted until the school held its last classes there in the 1930s. After that, it became a boarding house until it was torn down in the 1960s.

In Morris Pratt’s obituary, published in The Whitewater Register in January 1903, Pratt was quoted as saying shortly before his death “Death is neither to be dreaded or feared – in fact, it is only a birth out of the physical body into the spiritual world.”

The tales grow even stranger – some believe that there was a coven of witches here in the late 1800s. Local folklore has it that the witches maintained an altar and would hold satanic ceremonies in Oak Grove Cemetery. Perhaps the lure of the supernatural here is the fact that Whitewater’s early developers built over early Indian burial grounds.

In fact, the stone water tower in Starin Park is supposedly a place where witches rituals were held. Evil forces are said to be lured to this place. The earlier fence that encircled the water tower had spikes that were pointed inward (to keep the bad forces in rather than to prevent the curious from entering?).

It is believed by many locals that there is a Witch’s Triangle. Formed by the three cemeteries in town – Hillside Cemetery, Oak Grove Cemetery and the eerie Calvary Cemetery. Many houses and buildings contained within the perfect isosceles triangle are said to be haunted.

The story of “The Witches Book” makes the tales of Whitewater even creepier. There is rumored to be a book written by the witches of Whitewater that if read would result in a nasty death by suicide or go completely insane.

Apparently, the contents of one book are so volatile that four people killed themselves after reading it. There are believed to be at least four student suicides attributed to the turning of it’s pages. The book is rumored to be housed and protected under lock and key in the basement of the UW/Whitewater library.