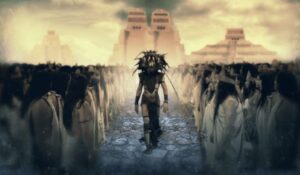 How did the human race pass the test of time? Did we manage to walk this path of life without any help, or were we actually guided by some extraterrestrial beings willing to help us grow and prosper in their own image?

According to numerous legends and beliefs, the “White Gods“ once came to Earth and helped humanity develop and prosper by offering knowledge in many ways.

Quetzalcoatl is believed to be one of the first “white gods“ to visit our planet. He was one of the most important Gods from ancient Mesoamerica and was known as “Kukulkán” to the Mayans, “Gucumatz” to the Quichés of Guatemala, and “Ehecatl” to the Huastecs of the Gulf of Mexico.

Since 1200 CE in Central Mexico, he was considered the god of learning, agriculture, science, and arts. He was also considered the patron god of merchants, as he managed to discover corn with the help of a giant red ant who led him to a mountain packed full of grain and seeds. Legends named this entity, Quetzalcoatl, as the “God of Dawn.” This is one of the reasons why he is believed to be from a far away planet.

Keep in mind that according to mayan paintings and sculptures, many structures arose during this period that looked like spaceships from the 21st century. Drawings and representations found in sculptures wore something related to spacesuits, and many images representing the gods showed similarities to what astronauts look like nowadays.

It is believed that Quetzalcoatl burned himself and vanished into the skies towards the planet identified today as Venus. Could this be interpreted as an extraterrestrial being that has fulfilled his mission on Earth and quickly disappeared through the skies to head to new planets in need of guidance? 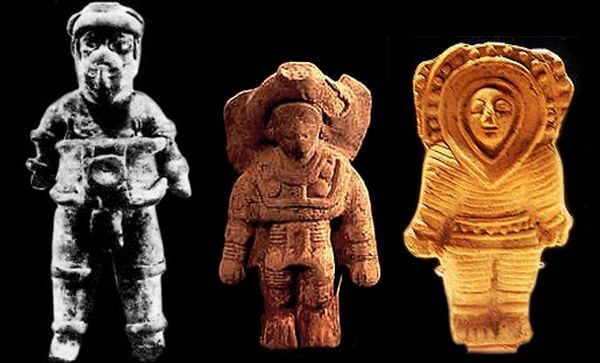 Quetzalcoatl is described as light skinned, bearded and tall, with a serpent head hiding his human appearance. The earliest surviving image of Quetzalcoatl comes from the Olmec civilization with a sculpture at La Venta, of a beaked snake with a feather crest surrounded by two quetzal birds.

The earliest representations found in Mexico, is at Teotihuacan where there are sculptures of feathered snakes dating from the 3rd century CE and that is also the place where a six – tiered pyramid was built in the honor of the Serpent God of knowledge.

The deity was often described in architectural and sculptural decorations, appearing at other sites such as Xochivalco but he was rarely represented with any human form before the Late Postclassical period. 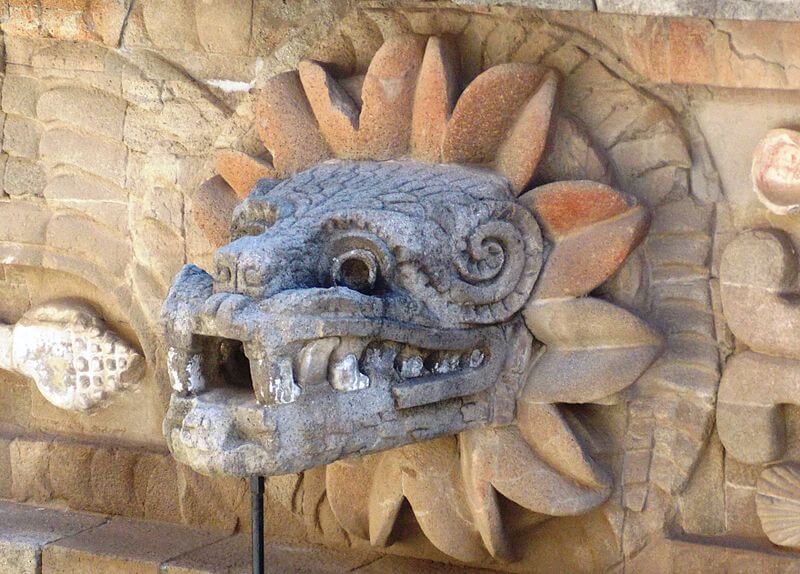 Since 1200 CE, Quetzalcoatl was usually represented in his human form and mostly wore shell jewelry and a tapered hat. Representations of the god often have “wind jewelry“ which is a cross section of a clam whorl worn as a pectoral, and often wear red masks like a goose’s beak bearing long canine teeth.

The writer Robert Marx has written broadly about this concept of “white gods,“ as he came to the conclusion that they are:

“[depicted] in almost every indigenous culture in America.“

After his journey in South America, the British writer Harold Wilkins also came to the conclusion that a vanished white race had occupied all of South America in ancient times, helping the indigenous people cultivate food, and build up pyramids along with other large structures that would otherwise of been impossible to construct considering the lack of knowledge and tools during that time. He also claimed that Quetzalcoatl was from Atlantis.

Sharing his beliefs, some ancient astronaut and UFO writers have suited that the “white gods“ were actually extraterrestrial beings.

Peter Kolosimo believed that the myths of Quetzalcoatl had support, in fact he stated that the legends actually described a full race of white men who were born in spaceships and migrated to Atlantis; after the city was destroyed by water, the remaining white men moved to the Americas where they were treated like “white gods“ by the “primitive earth – dwellers.“ 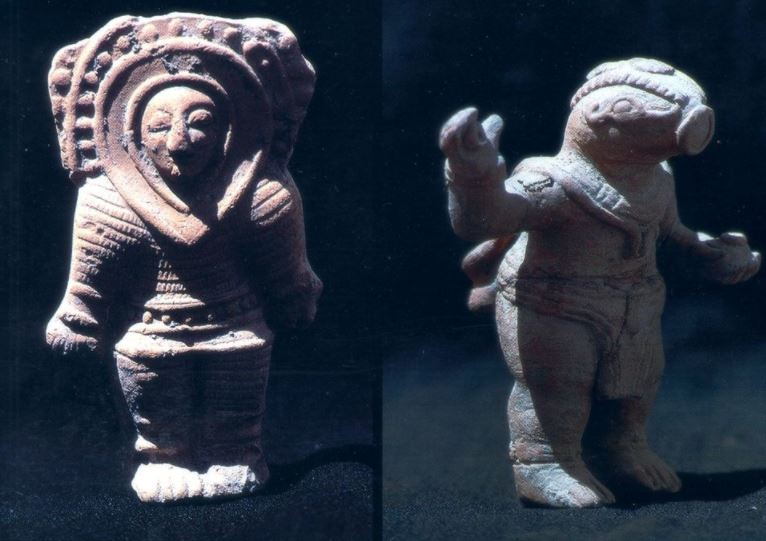 Another interesting theory is based on the writings of the Franciscan friar, Bernardino de Sahaguan, from the 16th century in which he describes the meeting between the Mexica emperor “Moctezuma the 2nd” and the Spanish captain “Hernan Cortes.”

At first sight of the white spanish men, emperor Moctezuma thought that the “white gods“ have returned from the east, and captain Cortes was the god Quetzalcoatl. Because of his beliefs, the Emperor gifted him a mask representing the “Feathered Serpent.“ The mask was carved from a single piece of cedar wood and covered with turquoise mosaic work. The teeth were made of white clam shell.

The design consisted of two serpents green and blue, encircling the eyes and entangled over the nose and around the mouth. According to Sahagun’s description, it was worn with a crown of dazzling long green – blue shimmering feathers, possibly those of the quetzal, a tropical rain forest bird with iridescent green – blue plumage.

Much of the idea of captain Cortes being seen as a deity can be followed back to the Florentine Codex written down about 50 years after the conquest. In the codex’s tale of the first meeting between Moctezuma and Cortes, the ruler of the Aztec is illustrated as giving a prepared speech in classical oratorical Nahuatl, a dialect, which as reported verbatim in the codex written by Sahagun’s informants, added such prostrate announcement of divine, or near divine adoration.

An imperfect intellectual understanding of high Nahuatl oratory style make the exact intent of these comments tricky to approve, but some argue that Moctezuma politely offering his throne to Cortes may well have been meant as the exact opposite of what it was taken to mean: kindness in Aztec culture was a way to affirm dominance and show superiority.

This speech, which has been extensively reffered to, has been a factor in the widespread assumption that Moctezuma was addressing Cortes as the returning god Quetzalcoatl.

As time passed by, we educated ourselves through history and managed to see a glimpse of what life used to be. At our current understanding level, we realize that some things from the past might have been impossible to accomplish without any external help. The White Gods could have given us knowledge in which the Mesoamericans used to obtain power.

But as the extraterrestrials left, the indigenous people couldn’t suffice in controlling that power, which was given too early without any warning of its side effects. It ultimately led to self-destruction of the most knowledgeable and prosperous civilizations of our past because the guidance of aliens had vanished.

Will they return as the prophecies foretell and help us again to build our future?

Hitler’s Quest for the Holy Grail and the Atlantis