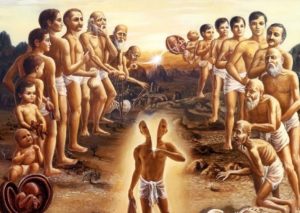 The samsara wheel, also called wheel of samsara, wheel of life and wheel of suffering, refers to the many rebirths that men must go through in order to attain spiritual perfection.

The depiction of the samsara wheel is called “bhavacakra” and demonstrates the six realms of existence, the laws of karma and dharma, as well as the path that leads to release from the rebirth cycles.

Buddhist philosophy teaches that humans are born many times in different bodies until they can finally be released from the physical existence and become free from the suffering and pains that are inherent to the limitations of the body.

The many lives that people have to go through aim to lead the consciousness from a state of ignorance and disharmony to a state of pure happiness and perfection – nirvana. When this happens, men achieve enlightenment and do not need to reborn again, for all lessons have been learned.

The whole process of purification of consciousness, however, can take a long, long time. Fortunately, the ancient wisdom taught, that for those who seek enlightenment, there’s a way to achieve it – by practicing detachment, becoming compassionate towards every creature, and attaining complete control over the body and the mind.

Buddhism says that men start their journey in the manifested world as ignorant creatures who are unaware of their true nature. In order to be conscious of themselves and recognize all creatures as part of an unity, the consciousness incarnates in a physical body. The journey of the human consciousness is said to be ruled by two main laws – dharma and karma. 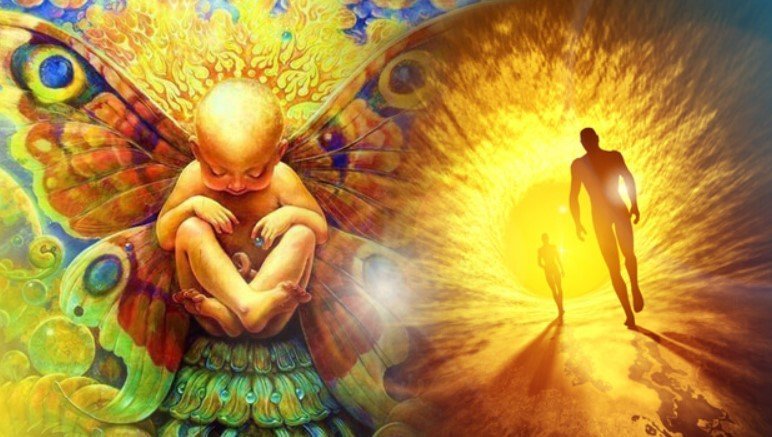 The concept of dharma refers to the path, the road that takes everyone to the final destination – nirvana. The law of dharma pervades everything from cosmic events to social rules, and it is the law that says how a person should behave, what are the roles of people in their social classes, their families and jobs.

Dharma can also be translated as “righteousness” because when one acts according to the dharma, one is walking towards enlightenment. Although the social rules change according to epoch and location, the objective remains the same, as individual evolution results in social evolution as well.

Karma, the Law of Action and Reaction

Since humans do have free will to act as they wish, whenever their actions are not in accordance with the dharma, the karmic law will push them back to the path, and in the physical plan, this means that the more distant one goes from the road that leads to nirvana, the more intense is the force of karma.

Sadness, depression, difficult relationships, financial problems, etc; are seen as a result of not practicing moderation, and moving away from the dharma.

However, if one is exercising the middle way, that is, the moderation path, he or she will not be generating heavy consequences, and therefore, he or she is more likely to escape the rebirth cycles, as according to the Buddhist knowledge, the attachment to material things, to people, food, emotions, etc; is responsible for making people move away from the path.

Practicing detachment and moderation then, is the way to burn the karma and not suffer negative consequences generated by exaggerated actions. 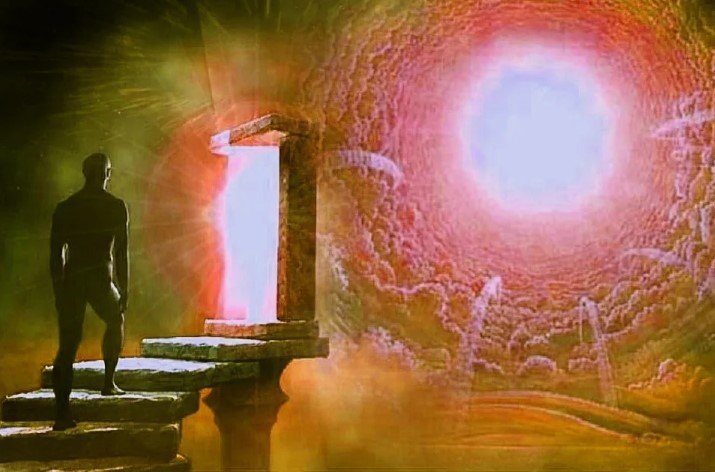 Reincarnation According to Buddhism

In between the incarnations in the physical realm, the person experiences the different realms of consciousness, becoming temporarily trapped in a state of mind that can be either pleasant or painful, depending on the karma one accumulated during life, until he or she falls into a new rebirth.

This process would continue ad infinitum, but it is said that every creature, after so many incarnations oscillating between joy and sadness, pain and pleasure, wealth and poverty, will naturally seek release.

Finally, nirvana is reached when the seeker discovers that the body and the physical world are like clothes that the consciousness dresses in order to evolve, and therefore, the physical realm is an illusion that must be transcended. This certainty brings the final enlightenment.