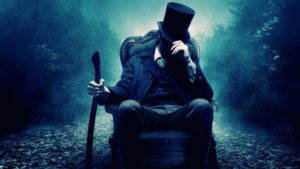 Most people believe in evil in some form or another. Whether it be a supernatural “Devil” they hear about in church, or a serial killer they read about in the paper or watch on TV most people know in their hearts that evil exists. The people who lived around the Pee Dee River in Richmond County many years ago didn’t question if evil exists, they had evil living among them.

His name was Harvey and he was a warlock, or a male witch. He settled in Richmond county on the banks of the Pee Dee River when he was was already an old man. Over time, he got to know many of the farmers in the area and their families.

At first, most people pitied the enfeebled elderly man. He would ask for things such as flour or milk and people were kind enough to oblige. Over time, his requests became greater, then became demands with horrible consequences if they weren’t met.

One Day Harvey came to call on his neighbor Sally while she was milking her prized cow. After a few minutes of small talk, Harvey demanded Sally give him the cow. A request that she flatly refused. Disgusted, Harvey walked away with the words “You’d better give her to me. She’ll never do you any good”. Sally dismissed the words as the ramblings of an old man.

However, the next day she was horrified to find her cow had stopped eating and was now giving blood instead of milk. Day after day, the cow lost weight from not eating and gave only blood when milked.

Finally, Sally had enough and delivered her animal to Harvey. She was scared what he would do to her and her farm. Her fear was overruled by her concern for her animal, so the next day she went to Harvey’s place to check on the animal.

There she found her cow eating plenty and giving buckets of milk. Anger shot through body as she verbally tore into Harvey and threatened to take her cow back. Harvey told Sally if she did, it would be dead before she reached her farm. Not wanted to test the old man’s powers further, Sally left, but not before telling the warlock not to come back to her farm.

Harvey avoided Sally, but only for a few weeks. One day while she was feeding her hog, she turned to see Harvey looking at her. She order him to leave. He agreed, but only if she gave him the pig. Sally refused. Again, Harvey told her the pig would do her no good.

She cursed him and told him to get off her land. Harvey left, but as soon as he got to the edge of the forest that separated his home from her farm, Sally’s pig dropped dead.

Enraged at the death of her animal, but fearful of what Harvey may do next, Sally buried her hog and sought the advice of a neighbor. Her neighbor suggested drawing a picture of Harvey and shoot it where she wanted the warlock to experience pain. When she was satisfied, she could take the picture down and the old man would recover.

Back at home, Sally drew a life-size picture of her tormentor and attached it to the side of her barn and shot the image in the shoulder. The next day she visited Harvey and found him with a tremendous pain in his shoulder, exactly where she shot the picture. Feeling the warlock deserved the punishment, day after day Sally shot the drawing and day after day Harvey felt the pain.

Then one day Sally found the old man in seriously ill. Feeling she had done enough Sally returned home to take down the drawing. However, as she got closer to home, a storm came up and Sally ran for the safety of her home intending to take down the picture the next day.

She never got the chance…

The next morning she discovered a bolt of lightning had burned her barn to the ground, the image along with it. Thinking that Harvey would now get better, she hurried to his place to see for herself. There she found a crowd of neighbors gathered outside. They informed her of Harvey’s imminent death. She went in just to hear his last wish of being buried under a walnut tree between his dog and mule. “Bury me just after dinner” he whispered. “When lightning strikes the tree, you’ll know I’m in Hell”.

Early in the evening, as he requested, Harvey was buried under the tree. The neighbors didn’t stick around long due to a eerie storm cloud on the horizon. Just as he predicted, lightning struck the tree where he was buried.

Did Harvey finally meet the Devil?