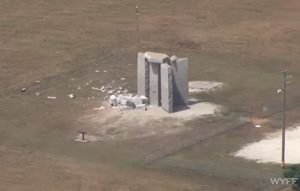 State and local enforcement and emergency agencies are on the scenes at the Georgia Guidestones, which were significantly damaged by an explosion early Wensday morning (July 6, 2022) writes 105.3 WSGC Radio on their Facebook page (including images), reports ufosightingshotspot.blogspot.com.

According to Wyff4 an investigation is underway at the mysterious Georgia Guidestones site after a PICTURE shows what appears to be rubble at the site and residents reported hearing a “boom.”

The question is who is responsible for the destruction of the stones and what do they want to achieve with it? 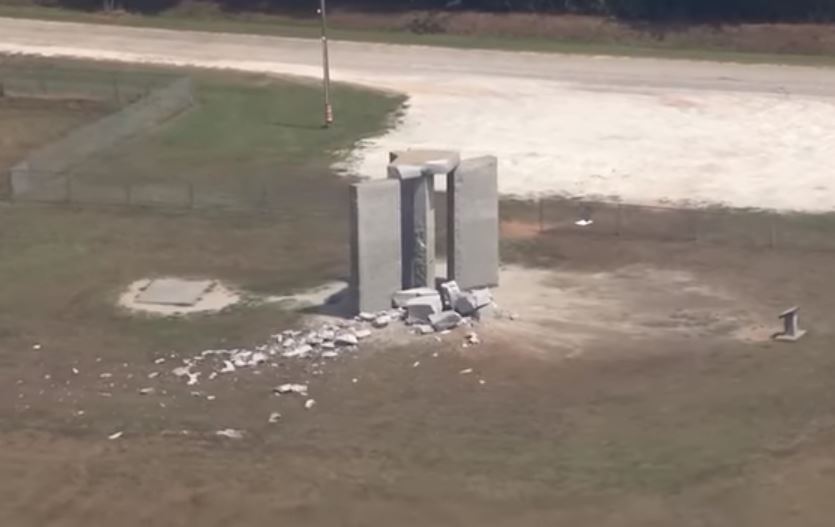 The mysterious Georgia Guidestones is a granite monument in Elbert County, Georgia, in the United States. A message clearly conveying a set of ten guidelines is inscribed on the structure in eight modern languages, and a shorter message is inscribed at the top of the structure in four ancient language scripts: Babylonian, Classical Greek, Sanskrit, and Egyptian hieroglyphs.

The stated purpose of the stones is to be “Guidestones to an Age of Reason,” but many believe they are actually a guide to Illuminati genocide.

The ten “commandments” on the stone appear to sketch out a framework for reconstructing society after a nuclear holocaust or similar apocalypse.

In 2014 this Illuminati monument got a new stone added. Somebody has officially updated it with an engraved cube marking the year 2014 inserted into the English/Spanish slab of the ‘new 10 commandments’ just above the population reduction prophecy. 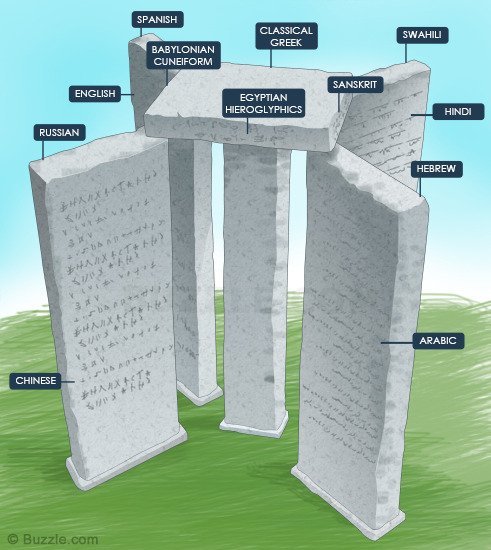 The origin of a strange monument, the Georgia Guidestones, is shrouded in mystery because no one knows the true identity of the man, or men, who commissioned its construction.

The Message Of The Georgia Guidestones:

The Georgia Bureau of Investigation released a video of the moment the explosion happened and a car seen shortly after near the scene.

Many people interpreted the stones as some sort of guide to rebuilding society after an apocalypse.