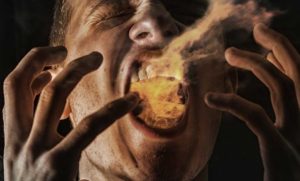 On a chilled and windy Halloween night, a ghostly voice beckons a young woman to some unknown destination.

Some believe that October 31, Halloween, is a time when the boundary between the world of the living and the world of the dead is at its narrowest. This date, also known to Wiccans as Samhain, celebrates that connection.

“For many Pagan and Wiccan traditions,” writes Patti Wigington, Paganism / Wicca expert, “Samhain is a time to reconnect with our ancestors, and honor those who have died. This is the time when the veil between our world and the spirit realm is thin, so it’s the perfect time of year to make contact with the dead.”

And the dead make contact with us? It was Halloween when Sharon S. had a frightening experience in which an unseen someone or something tried to communicate with her. And it turns out, she was not the only one. This is Sharon’s story….

It was Halloween day over thirty years ago. I worked third shift at a nearby hospital and would sleep from mid-afternoon until approximately 9:30 in the evening, when I would get ready and report for duty.

I was unmarried and lived alone. I had recently moved into a new apartment building that backed up to an embankment and winding creek. My apartment balcony hovered about thirty feet over the embankment and the heavy pine trees and landscaping gave the appearance of a nice and secluded park.

It had been rainy that afternoon and evening. Leaves really beginning to drop and blow mysteriously in the gusty wind and rain, helping to set an eerie atmosphere for the Halloween holiday.

It was mid-afternoon and time for me to lie down for sleep, to rest before my upcoming shift at work. The weather being rainy and cool still was not drastic enough for me to turn on my furnace for the first time in the fall, so I added an extra blanket to snuggle down with and found myself quickly in a deep and restful sleep. 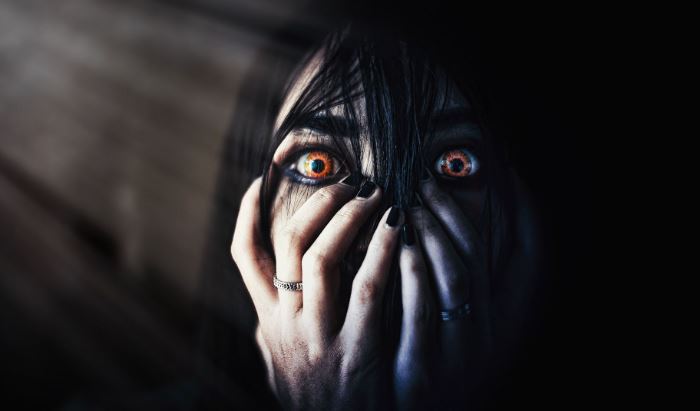 I am not sure of the exact time that I awoke and became aware of a presence close to me. I could tell the sun had set and that it was dark. The wind was howling, mixed with rain as I could hear leaves being blown in the mix, pushing their way against the apartment building and windows, but it was sensing the presence of a strong energy just inches from my face that had me in an immediate alert state.

The presence was so strong that the hair was standing up on my arms and body, and I first thought that that someone had broken into my apartment and was standing over me.

I tried to keep my breathing slow and steady, as though I were still asleep, and to keep my eyelids closed to simulate the same, so that whoever it was would not know I was awake. It was too late to run, since the presence was just inches from my face, so I thought if I played opossum that I would have a better chance of survival.

I lay there for several long moments and did not hear movement of what I thought was a human intruder in my room, but the curtains began to flap in a freezing cold breeze. The air was cold and blowing in an apartment that had no open windows… and where the furnace had not yet been activated.

Lying for what seemed an eternity, I finally summoned enough courage to slit one eye open to see if I could see what was still very close to my bed. As I opened my eye, I could not see anything at all.

Mustering a bit more courage, I opened up the second eye and still could not see anyone in the room with me. I sat up in bed looking out toward the hallway, for I seemed to detect faint noise just outside the bedroom, when I heard what sounded like a female voice call my name, “Sharon….”

The voice sounded somewhat familiar to me, and I followed the voice out into the apartment answering the voice, “Yes, it is me. Who is this?”

The voice called out my name in almost a sing-song pattern and led me to the front doorway that led out to the main hallway. Then the voice was on the opposite side of the door. I opened up the door, still trying to answer the voice that. “Yes, I am Sharon and I am here.”

There was no one in the hallway. I stood there perplexed… and then the voice was directly behind me, again calling out my name.

I slammed the door shut and whirled around to see who or what was calling my name, and again there was nothing to be seen. I thought of my grandmother, who lived with my parents and had not been feeling well recently. So I ran to the phone and called home to check if she and my parents were okay.

My mother answered the phone and stated that everyone and everything were fine, that I must have been having a bad dream. I could not make her understand the reality and intensity of what I had just experienced. She reassured me and told me to go back to bed and try to get more sleep before my alarm went off.

After hanging up the phone, I could feel the apartment air temperature returning back to normal. I thoroughly checked out the apartment for myself and could see that everything was secure. I could not find anything out of place. 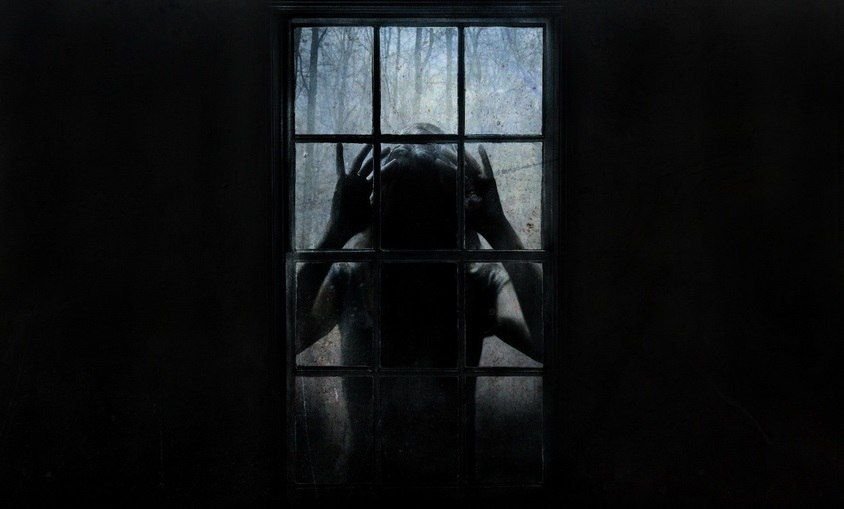 Calming myself, I lay back down and tried to get more sleep. I was able to fall into another good and deep sleep when I again was awakened by the presence. I cannot stress enough how terrifying it is to be awakened by a presence mere inches from your face. My body was covered in gooseflesh.

The curtains were blowing gently in the frigid cold that returned to the bedroom. This time I braved a peek out into the room, and again I could see no one standing… but then the female voice called out my name. “Sharon….”

This time I jumped out of bed and shouted, “Who is this?” Again the voice went toward the front entrance door and again I followed it. A repeat experience of the voice calling my name on the opposite side of the door happened, and upon opening the door again I found no one there.

The voice was suddenly was behind me as I slammed the front entrance door shut, then it was somehow at my balcony door. I followed it and flung open the sliding door and followed the voice as it went out the balcony, but it did not stop there. It flowed over the balcony and down the thirty-foot embankment and wound its way up the deep creek, while all the time calling “Sharon…” in its sing-song fashion before fading out.

Freaking out, I turned on all lights in the apartment and stayed awake the rest of the time. I even dressed for work and arrived extra early because I needed to be with live people.

I had friends in the Emergency Room/Trauma department and stopped there first, talking with my friends and fellow staff members, relating my strange encounter. My friends could tell that I was shaken to the core by the experience, and while none of them could explain what happened, they truly believed that I had experienced something extraordinary.

I am sure some of my co-workers thought that I had just been dreaming the events and kind of shrugged off the story as a spooky Halloween event that had made its mark on me.

A couple of hours into my shift, the head nurse from the Emergency Room paged me and asked me to come to her department, when possible. I was able to break from my work and went to see what she needed. The city’s Fire Department Paramedics had just brought in a new female patient, who was in her early sixties and was well-known, respected, and affluent person in our community.

Apparently, this woman had been awakened by a female voice that called her name in a sing-song manner! She was home alone and, as with my experience, was drawn to the front door. She opened it, hoping to see who it was that was calling out her name, but found no one there. Immediately the voice was directly behind her and she whirled around to see who it was, and again she found no one there.

The voice wound its way through her mansion toward the back of the house, and she followed. The voice beckoned from outside the doorway threshold, and in that sing-song voice urged her to follow it. Like me, she stopped following the voice as it wound its way off the porch and out past her pool and yard.

She became so frightened that she started experiencing chest pains and shortness of breath, prompting her to call 911 for fear of fainting and the pain she was experiencing.

Once the paramedics arrived and started assessing her, she tried over and over to relate her experience to them. Like some of my co-workers and friends, they were skeptical of her experience and were just chalking it up to the fact that the poor woman had been dreaming.

This woman suffered congestive heart failure and had to be admitted to our Intensive Coronary Care Unit, for over a week. She stayed adamant about the truth of her experience, and I, of course, believed her.

The story of the woman’s encounter spread throughout the hospital. My co-workers, while some of them may not believe in the spiritual realms as a co-existing force along with our human experience, they could not explain away what happened.

We humans are multi-dimensional beings that have so much a part of who and what we are crossing through the different levels of dimensions throughout our lives. If we are open-minded and are given the gift and acknowledgement of other co-existing dimensions and planes, along with other intelligent and interactive energies out in the world, then our worlds become greatly expanded.

I know from my own personal experience the truth of what I experienced. I still feel the anticipation of each Halloween that comes in the hope of experiencing it again.

The Sinister Story Of Basement Room