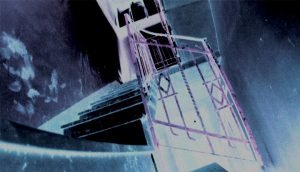 In 2011, the British media widely reported on a case of poltergeist activity at the home of Lisa Manning and her family.

The Manning case was not however the only well documented haunting occurring in Britain at the time. The case of Emma Keeitch and her family, which happened at their Hull, East Yorkshire, home on Chaucer Street, spanned a period of about 3 years.

The Keeitch haunting features all the signs of real spirit activity and unlike many cases has a happy ending.

The case involved Emma, age 31, her partner Jamie Owen, 25, and their 4 month old daughter Pheobie. The paranormal activity reported to have occurred at the Keeitch home included such phenomena as electronics, such as stereos, turning off and on by themselves. 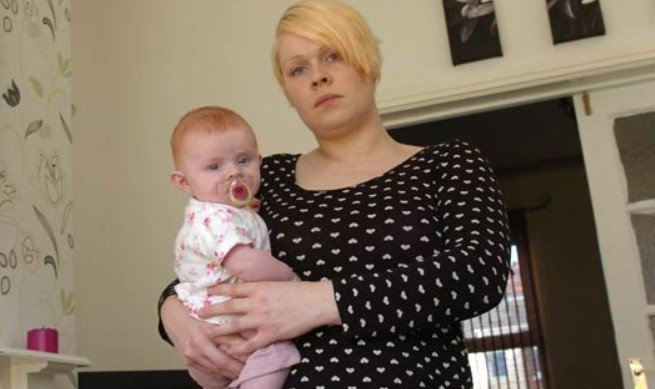 Pictures were said to “spin” on the walls, a plank of wood and a TV remote were thrown across the room by an unseen force. Kellie Taylor, an investigator on the case, was slapped in the face and fled the Keeitch home.

Emma’s mother was reportedly choked by invisible hands whenever she entered the home. It was however the word “Move” that was found written in condensation on a window, that convinced the couple that they had to get help or get out.

“I have never believed in ghosts and I have always been very skeptical. But what has happened to us is too much. We have tried to explain it away. You can blame the electrics or a draft for some things but not everything”, once said Emma.

Veteran investigator Elliot Ainley said, ’The house is definitely haunted and has poltergeist activity. There are two spirits haunting the house – that of a mother and that of a baby.”

The ghostly phenomena is believed to have been caused by the mother spirit who seemed to be quite angry. The ghost of the baby was seen by one of the visitors to the Keeitch home in a mirror.

There seems to have been little if any doubt among those involved with the case, that ridding the home of its unwanted phantoms would require the help of a priest.

The Church of England sent the Reverend Tom Willis to investigate the haunting. Willis was retired at the time but had a great deal of experience in the realm of paranormal activity and had performed many cleansings and exorcisms in the past.

Willis went to work performing an exorcism in the home and was successful in banishing the spirits. Emma said later that the house was clean and the feeling in the home was good. Emma’s mother, who had been choked by unseen forces every time she entered the Keeitch home, could now visit her daughter and grand-daughter in peace.

There has been no further spirit activity reported in the home.

Attempts to identify who the ghosts that haunted Emma Keeitch and her family may have been, have so far been unsuccessful. In fact the history of the home and its past occupants remains elusive.