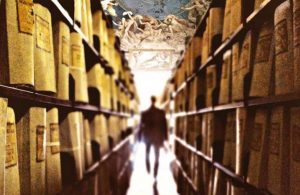 Investigators on the hunt for a missing girl’s remains in Rome have shined a light on a completely new mystery, reports “The Guardian”.

The disappearance of 15-year-old Emanuela Orlandi-a Vatican clerk’s daughter-in 1983 has long stayed one of the most enduring cases of missing people in Italy.

The teenager was out of a music lesson on her way home when she disappeared without a trace.

No credible explanation for what occurred to her has ever been discovered, despite a comprehensive and continuous inquiry spanning several decades.

Recently, the family of Emanuela received an anonymous letter suggesting that her remains could have been buried in the Teutonic cemetery of the Vatican where there is a statue of an angel holding a book.

In the light of this information, authorities exhumed at the cemetery the tombs of two princesses-Princess Sophie von Hohenlohe who had died in 1836 and Princess Carlotta Federica of Mecklenburg who had died in 1840-but to everyone’s surprise the tombs did not contain any remains.

“The result of the search was negative,” a Vatican spokesperson said.

“No human remains or funeral urns were found.”

Efforts are now being made to determine why the two princesses remains are missing.

What else is hiding the Vatican from the public?