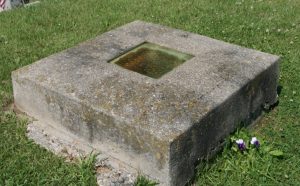 In life, Dr. Timothy Clark Smith of Vermont had been so concerned about being accidentally buried alive, that he made arrangements for a special crypt to be constructed upon his death.

He was deeply afraid of contracting sleeping sickness, which gave the illusion of death until the unfortunate individual woke up alive, but buried alive.

Upon his death on Halloween of 1893, Dr Timothy Clark Smith was interred at the Evergreen Cemetery in New Haven, Vermont in his specially prepared grave. It consisted of an odd, grassy mound upon which a slab of granite was placed.

This stone was fixed with a small 14″x14″ window he installed at the surface of his grave, six feet above him and fixed squarely on his face so that people could check on him to ensure that a mistake wasn’t made. 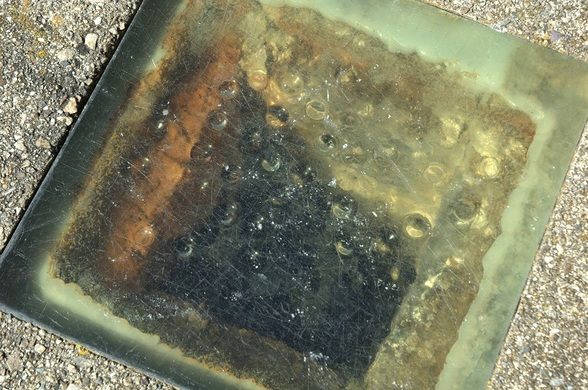 According to old cemetery records, there is a second room in the burial vault which houses Timothy’s wife. A set of stairs lead into the crypt, capped by the stone in the lower front of the mound.

Though the glass in the window is now scratched, stained and hazy with condensation, people in the past have claimed to have seen the skeletal face of Timothy looming in the darkness, as well as a hammer and chisel lying on his chest to aid in his escape in the event of him being buried alive.

He is also said to have been buried with a bell placed in his hand to allow him to signal in case he woke up, and a breathing tube. You can find this unusual grave marker at the Evergreen Cemetery in the West River neighbourhood of New Haven, in Vermont.