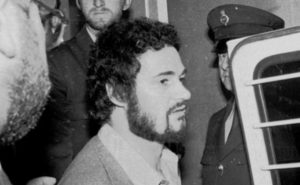 Serial Killer Peter Sutcliffe is known as the Yorkshire Ripper and was responsible for brutally slaying women with a hammer and a sharpened screwdriver.

British Serial Killer Peter Sutcliffe was found guilty of 20 counts of murder and was sentenced to life in 1981. His victims were mostly prostitutes and all were women. As a teenager, he was a loner and his main affective relationship was with his mother.

His hatred of prostitutes (and perhaps women in general) has been attributed to an incident where a prostitute promised but did not return his change of money (amounting to five Pounds Sterling).

Sutcliffe claimed that this fact made him feel “outraged and humiliated and embarrassed” and was the cause for his hatred of prostitutes.

Peter Sutcliffe’s first victim was Wilma McCann. She was on her way home one night when he attacked her without warning and slayed her with a heavy hammer. After breaking her skull, he dragged off her corpse and stabbed her 14 times in the chest and stomach.

The police at the time believed it to be an isolated incident, yet only a few months later they found the dumped body of Emily Jackson in the red-light district. The two murders had a disturbing trait in common: Both had been committed with a hammer and both women were stabbed many times with the sharpened point of a screwdriver.

There were other attacks with a similar modus operandi; however, the police did not immediately link these acts with the previous murders perhaps because the women had managed to escape.

But ten months later, the police found another prostitute killed with the typical trademarks of this serial killer. She had been struck three times with a ball-headed hammer and was subsequently stabbed more than twenty times with a knife and a screwdriver.

At this point, the press named the serial killer the “Yorkshire Ripper.”

After the growing publicity and the continuous murder of various other prostitutes, there was fear and panic in the red light district of Leeds. 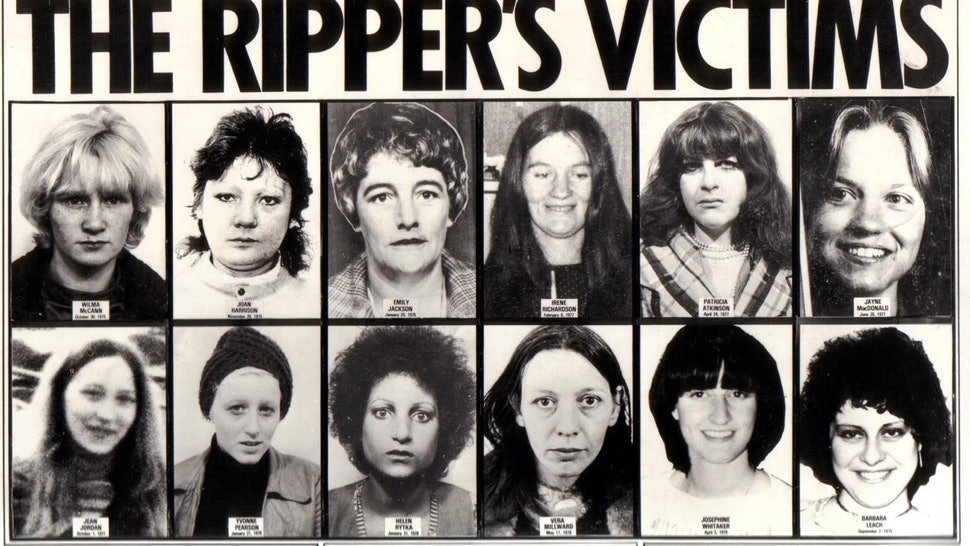 Many prostitutes decided to move away to nearby towns and cities, yet in one of those nearby cities called Bradford, Patricia Atkinson was murdered with four hammer blows and seven stabs in the stomach.

Then followed the murder of a shop assistant, Jayne MacDonald who was merely on her way home one night. This murder caused a great outrage in the public as she was not associated with the prostitution trade but she merely lived close to the red light district.

Detectives assumed that it might have been a “mistake” by the Yorkshire Ripper for this very reason.

After picking up another victim by the name of Jean Jordan, the Yorkshire Ripper took her to a cemetery and killed her with 11 violent hammer blows. However, he did not continue with his regular ritualistic stabbings and left the body in the bushes.

Yet when he arrived home he realized he had committed an error. He had paid her with a new 5 pound banknote which could be potentially retraced to him. As a result, he returned to the crime scene and searched the corpse for the bill but he was unable to find it as it had been placed in a secret pocket of her purse.

The police traced it to a bank and interviewed more than 5000 people, among whom there was a truck driver called Peter Sutcliffe. He was interviewed twice but due to his polite and open demeanor he was dismissed as a suspect.

Further killings of prostitutes continued yet in the case of Helen Rytka, the Yorkshire Ripper had assaulted her sexually and left behind evidence in the form of his blood group, Type B.

How the Yorkshire Ripper was Finally Caught

Although there was an unexplained hiatus of almost a year, the killings continued. This time around he chose random women with no connection with the prostitution trade.

He killed Barbara Leach, a university student, and Marguerite Walls, a government employee. His final victim was Jacqueline Hill, another student, whom he killed and stabbed in typical fashion. 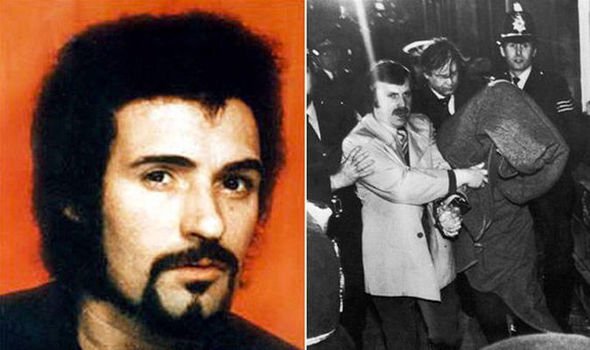 In Sheffield, a police car pulled him over because they became suspicious of his registration plate. Sutcliffe gave the name of “Peter Williams” (which was incidentally his mother’s maiden name) and asked if he could relieve himself at the roadside. The police then noticed that the plates were stolen.

At the police station he went to the washroom once more. When two detectives involved with the case of the Yorkshire Ripper went to the place Sutcliffe had been picked up they noticed a discarded hammer and a sharpened screwdriver. Another knife was found in the toilet cistern of the police station.

Finally, the serial killer confessed being the wanted “Yorkshire Ripper” and was charged with 13 counts of murder and 7 of attempted murder. He was sentenced to life imprisonment with the recommendation of serving 30 years.

Prison psychiatrists declared him clinically insane and he was transferred to a psychiatric hospital. There in 1997, he was attacked by an inmate and stabbed in both eyes, which left him permanently blind in the right eye.

Currently, he is still serving his sentence. In 2010, the High Court of Justice decided that Sutcliffe will never be released from prison.