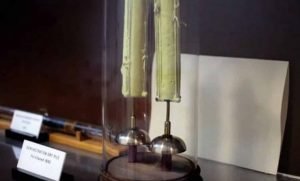 Mobile phones are our lifeline in today’s world and we cannot live without them. And there is nothing more frustrating when the battery runs out at the most inopportune moment. But how long does a cell phone battery last?

Battery life is affected by many factors such as usage, weather, charge cycles, etc. For example, according to Apple, iPhone batteries are expected to last at least 500 full charge cycles, and if you charge your phone at least once every day, you will see a noticeable decrease in performance after 8 months, 16 months and 32 months.

Now let’s get to the burning question: can any battery last forever without recharging? The answer is yes, and it sits on a shelf in the lobby of the Clarendon Laboratory at the University of Oxford in the UK.

The device, officially known as the Clarendon Dry Pile, consists of a suspended metal ball that moves back and forth between two small bells. A ball hitting the bells makes a ringing sound. Even though it looks like a simple device, it is far from it.

More than 175 years after its manufacture, the Oxford electric bell (as it is often called) has rung over 10 billion times. And the secret lies in the battery that powers this device. No one has yet figured out the composition of the battery, and scientists are desperately waiting for it to run out to investigate its contents.

At the moment, the battery shows no signs of discharge, and in the Guinness Book of Records it was called the “world’s longest lasting battery” for such a long time of operation. 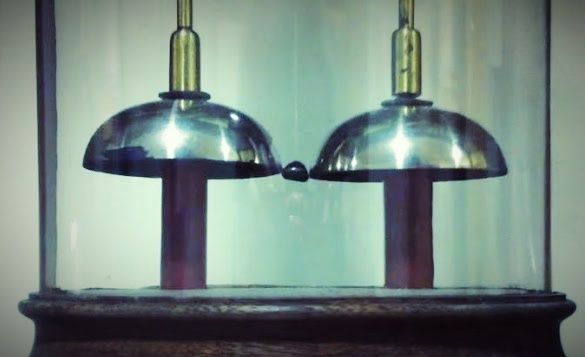 History of the Oxford Electric Bell

In the 1800s, Robert Walker, a professor of physics at Oxford University, acquired a very interesting device.

The device, made by instrument makers Watkins & Hill, consisted of two brass bells, each under a dry battery, between which a metal sphere was dangled to make a ringing sound. The device was originally created as part of an experiment similar to many others being carried out in labs across Europe.

But this bell was special, and what made it special was its battery.

When a bell strikes one of the bells, the corresponding dry-bristle battery releases a small charge, throwing the bell to the other bell. The process is repeated over and over again, thus creating a ringing sound.

And because only a small amount of charge passes between the bells, the battery drains very little as it continues to keep ringing, making it one of the longest running science experiments in the world.

But here’s the catch: Since then, the battery has been running for over 175 years, and its secret lies in the internal composition of the “dry lint” battery.

Scientists suggest that the composition may consist of alternating layers of metal foil and paper coated with manganese dioxide, several thousand layers or disks thick. The battery is also coated with an insulating layer of molten sulfur for weather protection. 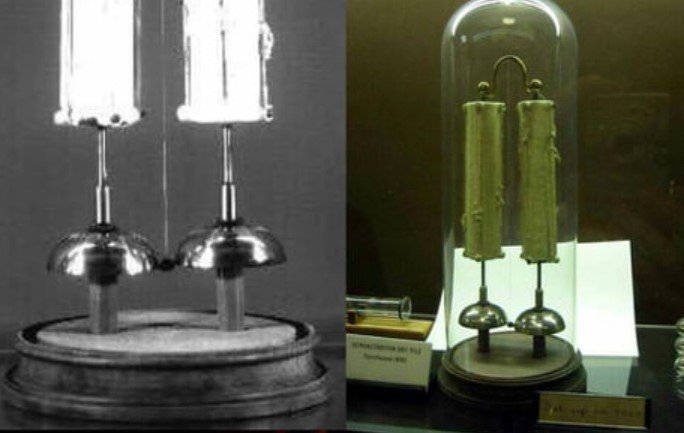 As a researcher, AJ Croft writes about the bell in his 1984 paper submitted to the European Journal of Physics.

“What the batteries are made of is not known, but it is clear that the outer coating is composed of sulfur, and this compacts the cells and electrolyte. Batteries similar to these were made by Zamboni, whose batteries consisted of about 2,000 pairs of tin foil discs glued to paper impregnated with zinc sulfate and coated on the other side with manganese dioxide.“

To date, the bell has rung approximately 10 billion times, but the sound is barely audible because the charge generated is so small that the metal ball barely touches the metal bells. However, how exactly did it function for so long? Nobody knows for sure.

Will the mystery be solved?

The Oxford team is waiting for the battery to run out of charge and the mechanism to be disassembled, but for now, they have no choice but to make educated guesses about its composition.

The glass-enclosed bell chimes non-stop and shows no signs of stopping yet, and the researchers fear that opening the case prematurely could damage the battery.

Instead, they decided to wait to see how long it would last. Yes, this battery has an incredible lifespan, and if the scientists are right, it will still outlive the rest of us.

However, the Oxford battery gives us a valuable lesson in humility. There is much to be learned from the functional simplicity of old technologies, and all future innovations are based on reliable, detailed experiments from the past.