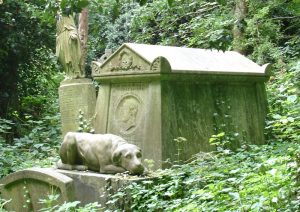 During his career as a bare-knuckle fighter, at the time illegal, he was only defeated only once in his fighting career.

At 5 feet 8 inches in height with a fighting weight of under 11 stone, he was the first ever boxer to be declared “World Heavyweight Champion” and the last before the Queensberry rules were introduced, although due to the illegal nature of boxing in the 1800’s the rules were quite different to the sport of today.

His fighting career lasted from 1849 until 1860, when a match billed as the contest for the “World Championship” ended in disarray. His lasting fame depends exclusively on this final contest, in which he faced American champion John Camel Heenan in a battle which was widely considered to be boxing’s first world championship.

It ended in chaos when the spectators invaded the ring, and the referee finally declared a draw.

Regarded as a national hero, Sayers, for whom the considerable sum of £3,000 was raised by an unprecedented public collection, then retired from the ring. The money which the public had raised funded his comfortable retirement, but he died only 5 years later at the age of just 39.

Such was the public affection for Tom Sayers that when he died a procession of over 10,000 people followed his coffin to its final resting place in North London’s Highgate cemetery.

The townspeople had a statue made of his loyal dog Lion, to lay next to him for eternity.