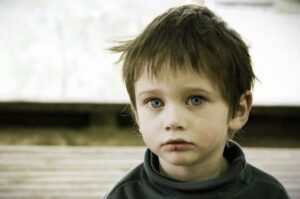 In 1998, Trutz Hardo, a German therapist tells a boy’s story in his book entitled “Children Who Have Lived Before: Reincarnation Today,” along with other stories of children who seem to remember their past lives with verified accuracy.

The boy was of the Druze ethnic group, and his incredible story was witnessed by Dr. Eli Lash, who is best known for developing the medical system in Gaza as part of an Israeli government operation in the 1960’s.

The Druze (Druse) is a nation of approximately 200,000 people who settled in Lebanon, Syria, Jordan and the region that is now Israel a long time ago. They are neither Muslim nor Christian, for they have their own religion.

In Israel they are mostly found on the Golan Heights. They are the only non-Jewish Israelis to serve in the Israeli army. Reincarnation forms the basis of their beliefs.

According to Hardo, in the Golan Heights area near the border of Syria and Israel, a three-year-old boy claimed to remember how he was killed in his past life based on his birthmarks.

As soon as a child is born its body is searched for birthmarks, since they are convinced that these stem from death wounds, which were received in a past life. If such marks are found on a child they try to discover something from his or her past life as soon as the child is able to speak in order to get the first clues to the circumstances of his or her former death.

When a certain boy became three years old, on whose upper forehead a long red birthmark stretching to the centre of his head was found, a group of 15 men was formed. This group consisted of the father and other relatives of the boy, several elders of the village and representatives from the three neighbouring villages.

From what the boy had said they were quite sure that he had lived in their immediate neighbourhood in his past life. A good Trutz Hardo friend professor Eli Lasch was the only non-Druse who was invited to join this group because they knew that he was interested in reincarnation.

When they arrived at the first neighbouring village with the boy, he was asked whether it seemed familiar to him. He told them that he had lived in a different village, so they walked on to the next one.

When they arrived there and questioned him again he gave them the same answer. Finally they reached the third village. Now the boy told them that this was where he had lived. All of a sudden he was able to recall some names from the past.

He had told them months ago that a man had killed him with an axe, but he had not been able to remember his own name and that of his murderer. He now remembered both his first and second name as well as those of his murderer.

One of the oldest people of this village who had joined this group had known the man whom the boy named. He said that he had disappeared without a trace four years ago and had been declared missing. They thought he must have come to some harm in this war-torn area, for it often happened that people who strayed between the lines of the Israelis and the Syrians were taken prisoner or shot if suspected of being spies.

They went through the village and the boy showed them his house. Many inquisitive people had gathered around. Suddenly the boy walked up to a man and mention a name. The man answered yes.

Then the boy said, “I used to be your neighbour. We had a fight and you killed me with an axe.” The man had suddenly gone white as a sheet. The three-year-old boy then said, “I even know where he buried my body.”

How could he have known where his former neighbour had buried his body after his death? Almost daily, my clients describe to me the following post-mortem scenario during regression therapy: after death the soul leaves the earthly body and in most cases is able to see the body from above. Often it hovers there for a while and can see exactly what happens to the body. We will hear more about this from other children later on in this book.

Some time later the whole group followed by many inquisitive people were seen wandering off into the nearby fields.

The man whom the little boy had recognised as his murderer was asked to come along. The boy then led them to a particular field and stopped in front of a pile of stones and said, “He buried my body under these stones and the axe over there.”

They now removed the stones and underneath discovered the skeleton of a grown man wearing the clothes of a farmer. A split in the front of the scull was clearly visible.

Now everyone stared at the murderer who finally admitted to this crime in front of everyone. Then they went over to the place where the boy said the axe was buried. They did not have to dig for long before they held it in their hands.

Reincarnation is a fact of life for the Druse; they need no proof to secure this belief; and yet it always amazes them every time reincarnation reasserts itself in cases like this one. The Druse also believe that they are always reborn as Druse.

Perhaps group regression among their people would prove whether this statement is true. Eli then asked the people what would become of the murderer. They said they would not hand him over to the police, but they themselves would decide on an appropriate punishment for him.