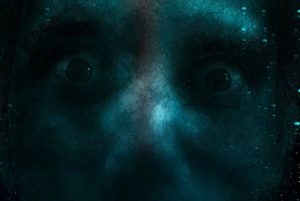 Ron DiFrancesco was the last living person to evacuate the World Trade Centre’s south tower on September 11, the day that terrorists flew high jacked planes into the twin towers. Even those in the rescuing teams on the ground regarded his escape as a miracle.

By the time he was fleeing there was no longer any reasonable path from the building. It may have in fact been a miracle DiFrancesco explained to rescuers that a man led him from the 91st floor to the 1st as confidently and easily as if he had had a map of the carnage. There was no man, just Ron DiFrancesco on the verge of death. Introducing the Third Man factor…

Alone on the 91st floor, DiFrancesco was trapped by fire and collapsing debris as smoke choked his lungs. He was already beginning to hallucinate due to asphyxiation, but then a man appeared. He was tall and confident, the smoke and flames seemed to not so much as tarnish his clothing, and in fact DiFrancesco thought he was hallucinating until the man took him by the hand and forcefully led him through the wreckage.

He would later tell rescue workers: “It was a higher being rather than an internal being,” DiFrancesco said. “Maybe it was an angel. I didn’t see the face of God, but I know somebody came and helped me.”

Some might immediately come to the conclusion that this was an act of God or even a biblical guardian angel, but Ron was very clear in that the man that saved him was a very real physical man. Ron DiFrancesco was not a spiritual man, he was your average beer drinking, city living, construction worker.

The same could be said for many of the other survivors who have been rescued from certain death by a man or sometimes woman whose face they never see and couldn’t possibly be present. Atheists and even world renowned figures such as a NASA astronaut, aviator Charles Lindbergh, and polar explorer Ernest Shackleton have all recounted their experiences with “The Third Man Factor”.

James Sevigny, a renowned scientist, author, and explorer was climbing in an isolated part of the Canadian Rocky Mountains when he encountered the third man. Sevigny and his partner had been hit by an avalanche and forced down two thousand feet of the mountains side by rampaging snow and ice. Laying in the aftermath of the avalanche a man appeared just behind his shoulders sternly ordering him to stand up and live. Sevigny said.

“It was like if I would sneak up to you and put my nose a quarter of an inch from your neck. It was that kind of physical sensation.” Author John Geiger also describes these symptoms: “It’s instantaneous, and it’s overwhelming, it’s like you’re sitting in a room with the light off and someone enters the room. It’s that kind of vividness.”

Sevigny’s experience didn’t end with the man’s commands. As with DiFrancesco’s account, the man led him almost a mile through a valley to Sevigny’s camp site. While the camp site itself was empty, they arrived at the exact moment that a mountain guide, an elite cross-country skier, and a nurse were hiking by.

“If you were to be in a place and you could find three people to help you, you couldn’t pick three better people,” Sevigny has stated. He called out to the three for help and at that moment the man vanished leaving only footprints alongside Sevigny’s to the camp, but none leaving.

There are no answers to who or what the Third Man is. Despite the impossibility of it DiFrancesco insists to this day that it was an actual living man, Sevigny believes it is his son’s ghost or spirit, many others have their own theories and beliefs, but Sevigny wraps it up well when he says: “If it wasn’t for the Third Man, I would be dead.

There’s no way that I would have the strength to get up and walk across that valley and do the things I did to survive. I don’t give it great thought,” he said, “I’m not a spiritual person. I don’t say it was God or a guardian angel. I have a Ph.D. in chemistry.”

The Curious Tale Of Jan Reynolds And The Devil