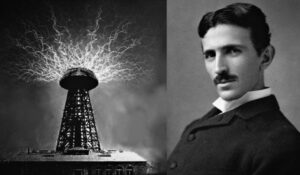 Death rays are the stuff of comic books and bad sci-fi movies. Owned by cackling mad scientists with some sort of physical deformity who is bent on holding the world for ransom, they’re usually disabled in the last moment by the gallant hero before the villain meets a suitably ironic end.

These staples of fiction have their origins in the works of real inventors. Archimedes built a death ray out of mirrors to destroy the Roman fleet during the Siege of Syracuse (so the legend goes, at any rate.)

The Nazis had a detailed plan to build their own orbital death ray called the Sun Gun, which like Archimedes death ray would utilize the sun as a weapon of war.

But the most plausible historical death ray was designed by the misunderstood genius, Nikola Tesla. His wonders were far ahead of his time, from ideas to make power free by utilizing free electricity in the atmosphere to what would have been the 1920s version of WiFi.

In true mad scientist fashion, Tesla reportedly designed a weapon that could destroy 10,000 planes and a million man army instantly, from hundreds of miles away.

He dubbed this weapon the Teleforce. Ironically enough, the ultimate weapon of war was designed to be a tool of pacifism. Tesla’s most ambitious project was not only to build a superweapon, but to make war obsolete.

Tesla’s super weapon would consist of four components. One would eliminate the need for a vacuum, which was normally needed to produce electromagnetic beams. This would allow the beam to be generated in free air.

These components would be housed in plants placed strategically along the nation’s borders and coasts, and smaller versions could be mounted on battleships. As for the beam itself, it wasn’t a laser as one might suspect, but rather a beam of tiny tungsten pellets propelled by electromagnetic force.

These pellets, Tesla reasoned, would prevent the tendency of electromagnetic beams to disperse over time. The beam would be aimed by a telescope, and could theoretically target anything sighted by an operator. The weapon would be silent, and leave no trace when it struck. 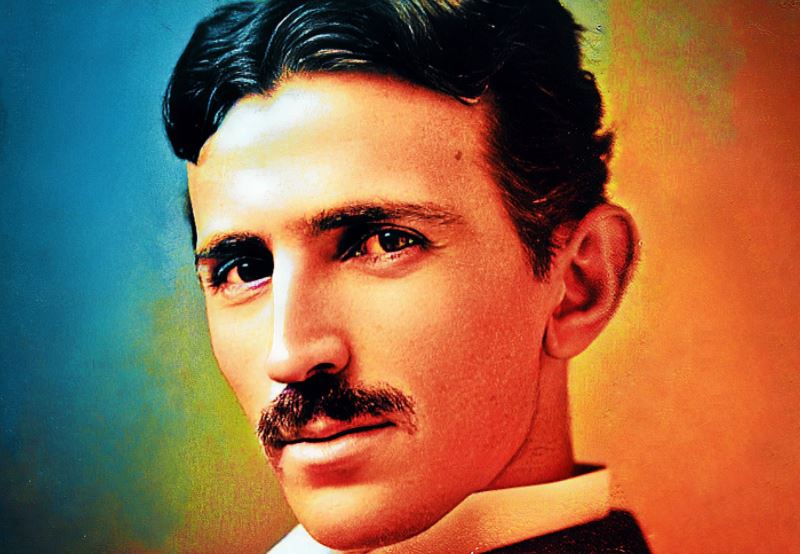 Tesla imagined about 200 of these plants stationed around the borders and coasts of the United States, making an impenetrable shield against the nation’s enemies. He claimed that his weapon would burn through all but the thickest armor, melt engines to slag, and otherwise destroy anything a potential enemy could muster.

Ever the pacifist, Tesla saw peaceful uses for his superweapon, although these ideas were less fleshed out than the weapon concept. He claimed the Teleforce could be used to transmit vast amounts of energy.

However, he did not detail how the energy would be converted from beams or what the dangers of these beams zinging through the air might be.

The death of a genius and his radical idea

Tesla passed away in New York in 1943, leaving behind a long list of patents and world changing inventions. He did not, however, manage to build his death ray.

Despite approaching many companies and the fact that America was embroiled in the largest war in history, he could find no backers for his revolutionary weapon.

It was an ambitious plan, that is for certain. Perhaps too ambitious for its time, considering it was an unproven idea that would need extensive testing before becoming a viable weapon, if it could even work to begin with.

Technical aspects aside, Tesla seemed to have missed one important detail in his plan to make war obsolete: human nature. Even today, when we possess weapons that could literally end us as a species, we still fight wars.

Not on the scale or with the intensity of wars of previous eras, granted, but we still fight on. Even if Tesla could have built his Teleforce and installed it in the borders of every country, people would still fight.

They would just adapt to the new circumstances. People are endlessly inventive, especially when it comes to ways to off their fellow humans.

In the Next 25 Years, Artificial Intelligence And Humanity May Fight