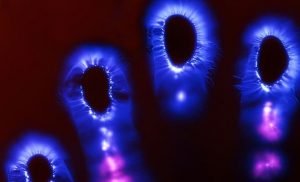 Psychology is the scientific study of the mind and behavior. Overall, it follows a strict scientific method of study. Although parapsychology follows along the same lines when applying the proper scientific protocol, it also keeps a more open mind when it comes to certain paranormal experiences.

Let’s say a parent has a child who claims to see a ghost in the house. A psychologist who has no belief in the paranormal would most likely chalk it up to a child seeking attention, hallucinations or some other cause.

On the other side of the coin, a parapsychologist would first eliminate any logical explanations, and if all of these were exhausted, take the approach that the child may actually be seeing a ghost.

The field of parapsychology studies topics such as the existence of ESP, psychokinesis and life after death. One area of study of life after death are near death experiences.

This a subcategory of OBEs, otherwise known as out of body experiences, whereas an individual who appears to have died, comes back to life and is able to recall what happened during the time of the person’s so called death.

Although psychology as a whole studies the mind, there are variables that come into play. If a psychologist is of a certain religious background, than due to the background, the acceptance of the paranormal would not be allowed. Therefore, alternate explanations would always be found to explain any type of paranormal experience.

Most parapsychologists accept that paranormal experiences do exist based on extensive parapsychological studies. Known as the “Father of Parapsychology,” J. B. Rhine brought legitimacy to certain paranormal elements with work done at Duke University. Torn between science and religion, Rhine chose to pursue a science that seemed to delve into the unknown.

Thanks to his work in the early days of parapsychology in the United States, many more scientists have emerged to study such phenomena as psychic abilities and reincarnation.

Although psychology and a branch of psychology known as parapsychology both involve mind study, there are many differences between the two although they both follow scientific protocol.

Telepathy and Early Research On This Phenomena